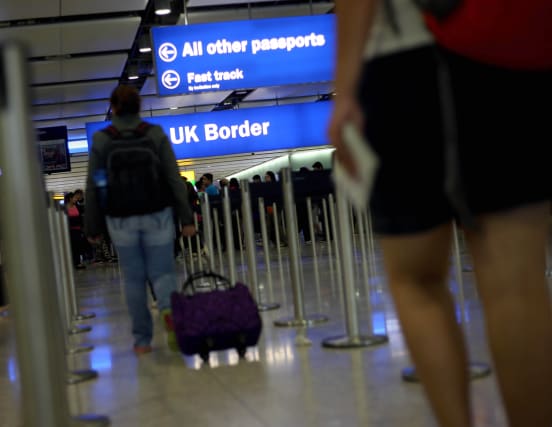 More information on how the new points-based immigration system will work has been published by the Government.

The policy is set to come into force on January 1 after freedom of movement with the European Union ends.

The PA news agency takes a look at the proposed changes:

– How will the points-based system work?

Designed to cut the number of low-skilled migrants entering Britain from the beginning of next year, the new immigration system aims to make it easier for higher-skilled workers to get UK visas.

People who want to live and work in the UK will need to gain 70 points to be eligible to apply for a visa.

The Government says the changes will make the country’s immigration system much more flexible and easier to control.

The process will be simpler, quicker and – for some visas for health professionals – cheaper, according to officials.

The aim is for it to take no more than three weeks to process an application for a skilled migrant.

– Has coronavirus affected the plans?

According to government officials, no.

Some businesses have raised concerns there is not enough time to prepare for using the new system to hire staff or get their papers in order while immigration experts have warned there could be teething problems with introducing it given the circumstances many companies are finding themselves in during the crisis.

But the Government is confident the system will be ready to operate from January 1 and plans to launch a campaign to support businesses in getting prepared ahead of that date.

Some elements of the system may be introduced at a later date once it is up and running.

– Can care workers get a visa?

The vast majority of care workers will be considered low-skilled and will therefore not be eligible for work visas, according to officials.

Government documents show the role has not been included in the list of professions which qualify for the dedicated health and care visa.

Although some immigration experts suggest the job could be added to the shortage occupation list for visas if there is a short-term need to fill vacancies in the industry quickly.

Labourers like builders, farm staff and those in hospitality could equally be affected because these roles are considered low-skilled.

People coming into the country on other visa routes, like those for young people, students and graduates and relatives of skilled worker visa holders, may be granted permission to work and could go into the care sector.

But there is no dedicated route to allow care workers to apply for a visa under the new system.

– What else has been announced?

International students who have graduated will be allowed to stay in the UK for at least two years after completing their studies.

Changes to rules on criminal background will mean EU citizens will now be subject to the same checks as those from elsewhere in the world and could be refused entry, or deported if they are already resident in the UK.

Students have mixed emotions about returning to school