Shocking footage has emerged from China of a man hanging a child off a vertical cliff on the side of a road in an apparent attempt to take a dramatic photo.

The video was filmed on the Hongjing Road near Beijing on July 12, an area known for its beautiful scenery and sharp bends to the summit of a mountain 905 metres above sea level. 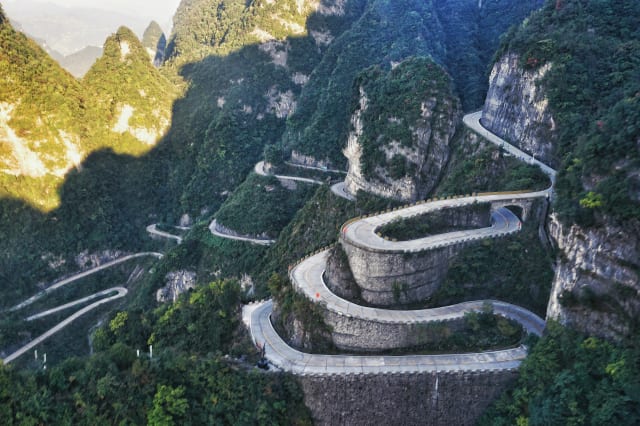 The clip sees the child being hung over the cliff edge while an onlooker can be heard crying: 'Look, look! The kid's hands are shaking!' according to the Daily Mail.

Other tourists, who appear to be travelling with the pair, seem oblivious about the dangerous act as they are seen chatting nearby.

The clip has circulated across the internet and has attracted arrange of outraged comments in both China and abroad.