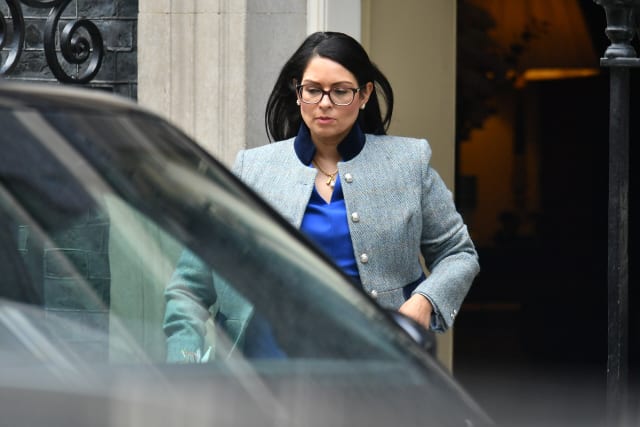 There is a “modern-day scourge” taking place in the textile sector with regards to the exploitation of workers, Priti Patel has said.

The Home Secretary called on local authorities to do “so much more in terms of stepping in” and confirmed that the Home Office has established a cross-Government task force that will be on the ground in Leicester “to absolutely ask all the difficult questions of all institutions”.

It follows reports that staff in factories in Leicester are earning less than the minimum wage amid unsafe working conditions with no evidence of the implementation of social distancing measures.

The Sunday Times reported that garments from the clothing firm Quiz were among those being made in a factory where prospective staff are being offered as little as £3 an hour, despite the living wage being £8.72 for someone over the age of 25.

Quiz said on Monday it believes that one of its suppliers, based in the city, has used a subcontractor at the centre of allegations over breaches to the national living wage and that it is looking in to the issue.

Tory chairman of the Environmental Audit Committee Philip Dunne said his committee had previously reported on the “clear evidence of modern slavery in plain sight in hand car washes on the streets across Britain and in garment factories in Leicester”.

Speaking in the Commons during Home Office questions, Mr Dunne said: “Will (Priti Patel) commit to do all she can to work across Government agencies to rid this scourge from our towns and cities?”

Ms Patel replied: “I completely agree with (Mr Dunne) in terms of what he has described as a modern-day scourge when it comes to exploitation.

“He mentions car hand washes, I think local authorities themselves need to do so much more in terms of stepping in and going in to investigate with trading standards, but he is right to press me and press the Government on integrated working across all aspects of the state at a national Government level and also at a local authority level as well.

“But he also mentions Leicester, he like all honourable members of this House will be interested to know that we have established a cross-Government task force that will be on the ground in Leicester to absolutely ask the difficult questions of all institutions and organisations across Leicester with regards to this scourge that is taking place in the textile sector.”