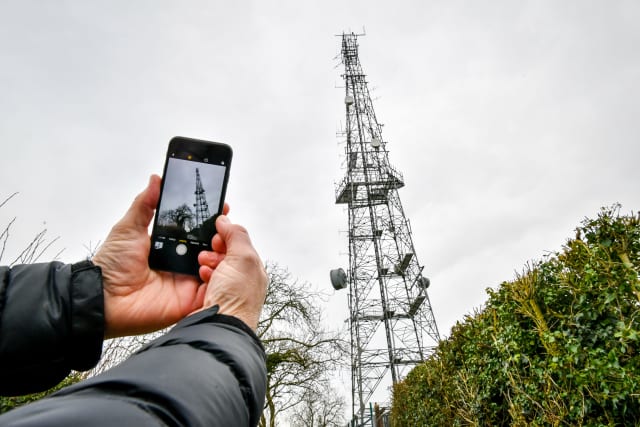 Boris Johnson is set to bar the Chinese tech giant Huawei from playing any role in Britain’s 5G network, triggering a renewed clash with Beijing.

The Prime Minister is chairing a meeting on Tuesday of the National Security Council (NSC) which is expected to end any involvement by the firm in building the 5G system.

The decision – following intense pressure from both the US administration of Donald Trump and backbench Tory MPs – marks a major U-turn by the Government.

In January, ministers announced Huawei could play a limited role in the 5G network, despite warnings that its equipment could be used by China for espionage or to disrupt the UK’s critical national infrastructure.

However, it is expected that the Government will now announce that no new Huawei equipment can be installed in the network from as early as next year.

It also expected to announce a so-called “rip out” date by which all the existing Huawei equipment must be removed.

Details will be set out by Culture Secretary Oliver Dowden in a Commons statement following the NSC meeting.

Meanwhile, it has been reported that the first of the Royal Navy’s new aircraft carriers could be deployed to the Far East to counter growing Chinese assertiveness.

The Times reported plans were being drawn up for HMS Queen Elizabeth to take part in exercises in the region with the US and Japan, on its maiden grand voyage next year.

A Ministry of Defence spokesman said: “No decision has been made on HMS Queen Elizabeth’s deployment.”

Some Tory MPs have been pressing for a “rip out” deadline for Huawei to be set before the next general election – due in 2024 – amid fears of a lobbying campaign by the firm to reverse the decision.

BT chief executive Philip Jansen warned on Monday that removing Huawei kit from the 5G network could take five to seven years, while taking it out of the entire UK telecoms network could require a decade.

Last week China’s ambassador to the UK, Liu Xiaoming, urged the Government not to shut out Huawei warning there would be “consequences” if Britain tried to treat China as a “hostile country”.

Relations between the two countries were already under intense strain after Britain offered three million Hongkongers a path to settle in the UK following the imposition by Beijing of a new national security law on the former British colony.

While many MPs have urged the Government to take a tough line with China, others fear the consequences of a prolonged stand-off at a time when the world economy is struggling to recover from the coronavirus crisis.

Ministers have indicated that they were forced to act over Huawei after the US imposed tough new sanctions banning the firm from using any American components in its products.

The National Cyber Security Centre (NCSC) – which previously supported the decision to allow it a limited role in the 5G network – is said to have advised that the move means its equipment could no longer be considered secure.

Ahead of the announcement Tory backbencher Bob Seely, who has acted as the co-odinator of the 60-strong Huawei Interest Group of MPs – said members would be looking closely at both the proposed “new kit” and “rip out” deadlines.

He warned the Government could face a backbench rebellion when the Telecoms Security Bill comes to the Commons later this year if they tried to push the “rip out” date to the end of the decade.

“If there isn’t a date after which telecoms companies cannot install Huawei kit, parliamentarians will be concerned that Huawei and China could continue to insert kit whilst lobbying hard to reverse Government decisions,” he said.

“On the other hand, an announcement of no new Huawei kit allowed within 12 months would reassure colleagues.”