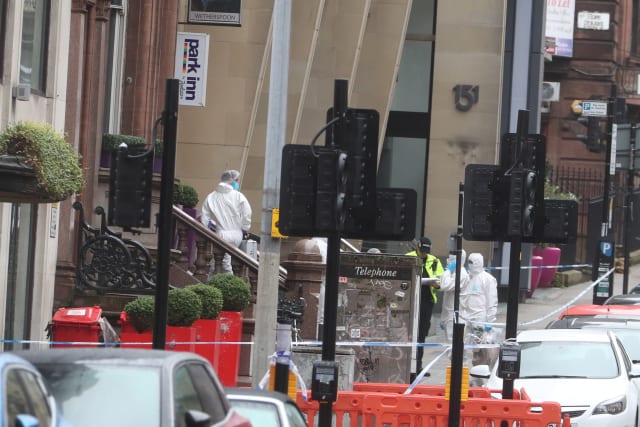 An urgent review into concerns over housing asylum seekers in hotels is taking place following a knife attack in Glasgow.

Home Office minister Chris Philp said officials from the department have been tasked with examining the issues raised following talks with politicians from the Scottish city.

Badreddin Abadlla Adam, 28, from Sudan, was shot dead by police after his attack at the Park Inn Hotel in Glasgow last month, which left six people injured including 42-year-old police constable David Whyte.

Mears Group, the company paid by the Home Office to house asylum seekers, has said it would try to get those living in hotels back to houses and flats as soon as possible.

Asylum seekers were moved into the hotels during the coronavirus pandemic.

Speaking in the Commons, SNP MP Patrick Grady (Glasgow North) said: “The reality is, forcing over 300 vulnerable asylum seekers into hotels by the contractor Mears has really significantly damaged trust in the system.

“To rebuild that trust, there has to be an independent review and lessons learned, so can he tell us what steps is he taking to make sure that review happens?”

“He’s also right I have been meeting with Glasgow MPs, and will continue to do so.

“I’ve met twice with Aileen Campbell, the cabinet secretary, and with the leader of Glasgow City Council, and I’ve committed to continue such meetings going forward.

“There are some specific concerns which he and his colleagues have raised, concerning the hotel accommodation, and I’ve asked officials in the Home Office to urgently look into those and to report back to me.”