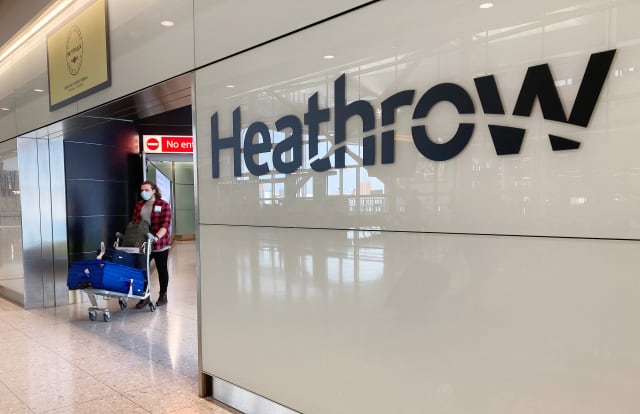 Heathrow’s passenger numbers were down 95% year-on-year in June, with just 350,000 people travelling through the airport.

Its North America and Africa markets saw the biggest declines, according to Heathrow.

Across all destinations, the number of flights was down 82% as demand for travel remained low due to the coronavirus pandemic.

Demand for inbound travel was “immediately” hit when the Government’s quarantine policy came into force on June 8.

Total passenger numbers for the first half of the year were 60% down on the same period in 2019.

Heathrow chief executive John Holland-Kaye said: “Travel corridors were a great first step and now we need to go further to protect jobs and kick-start the economy, by allowing healthy passengers to travel freely between the UK and the rest of the world.

“We’re ready to pilot a testing system on arrival for passengers from ‘red’ countries as an alternative to quarantine, but even better would be to test passengers before they get on a plane.

“This requires a common international standard for testing, which the UK Government could take a global lead in setting up.”