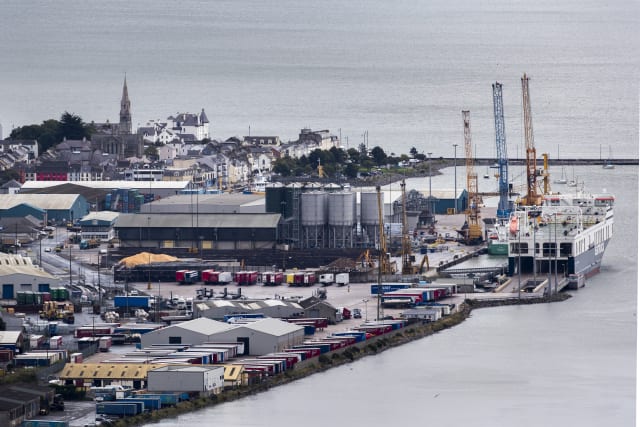 The Government’s lack of understanding and overly political approach to post-Brexit trading arrangements in Northern Ireland has left businesses in the dark, a Westminster committee has claimed.

The Northern Ireland Affairs Committee condemned the Government for leaving businesses ill-prepared for the end of the Brexit transition period on December 31.

The committee’s findings come after members conducted an inquiry into the Northern Ireland Protocol – the element of the Brexit Withdrawal Agreement that will see Northern Ireland operate under different trading rules to the rest of the UK.

Under the terms of the protocol, which is designed to avoid border checks on the island of Ireland, Northern Ireland will be a part of the UK’s customs territory but will still follow EU customs law and administer the bloc’s customs rules at its ports.

The Government has acknowledged this will mean more regulatory checks on some goods entering Northern Ireland from the rest of the UK, with the expansion of infrastructure to carry out sanitary and phytosanitary (SPS) screening of animals and food products.

A report by the committee, which is made up of Conservative, Labour, SDLP, Alliance and DUP MPs, criticised the Government’s plans and questioned its claim that Northern Ireland companies will have unfettered access to the Great Britain market from 2021 onwards.

The MPs called on ministers to provide more detail to businesses on trading arrangements by October 1.

The committee report said businesses should also be reimbursed for the cost of protocol compliance.

It also called on Government to lay out a “plan B” for ensuring unfettered access between Northern Ireland and Great Britain in the event the UK and EU fail to strike a comprehensive trade deal ahead of the end of the transition period.

Committee chairman Simon Hoare said: “Political process must not trump the interests of the people of Northern Ireland.

“The Government may be able to wait until the wire for clarity on customs arrangements, but business cannot.

“Those trading across the Irish Sea have been told to prepare without knowing what to prepare for.

“It’s now time for them to get that clarity, and they must have it by October 1.

“If not, business will not have time to prepare for the realistic prospect of friction and delays to products moving between Great Britain and Northern Ireland.

“This will increase their costs, with an accompanying increase in the cost of living.

“Such frictions would be incompatible with the notion of ‘unfettered access’ touted by Government ministers.

“It would put Northern Ireland at a competitive disadvantage compared with the rest of the UK and would damage business confidence at a time when it has seldom been lower.

“If this happens, business must be reimbursed for the cost of complying with the Northern Ireland Protocol.”

Mr Hoare highlighted that many businesses were already struggling as a result of the coronavirus pandemic.

“There is no need, and no reason, to add insult to injury for political gain,” he said.

“The Government needs to stop gambling with the future of business and of the people of Northern Ireland.

“Instead, it must set out detailed and realistic proposals on how customs processes will work and which goods will be affected.

“Unfettered access was promised, but it looks less and less likely that it will be delivered.

“Northern Ireland is part of the UK, and it must not experience particular disadvantage because of Brexit.”

Responding to the report, a Cabinet Office spokeswoman said: “We are engaging intensively with businesses and the Executive in Northern Ireland and will set out further guidance later this month.

“We have set out our clear approach to the Northern Ireland Protocol which will uphold the gains of the Belfast (Good Friday) Agreement, protects the place of Northern Ireland in the UK’s customs territory and ensures no hard border on the island of Ireland.

“This would guarantee unfettered access for Northern Ireland’s goods across the UK, no tariffs on goods moving within the UK, and no new physical customs infrastructure in Northern Ireland.

“We will formally respond to the Committee’s report in due course.”