Irish border poll far too divisive at this stage – Taoiseach 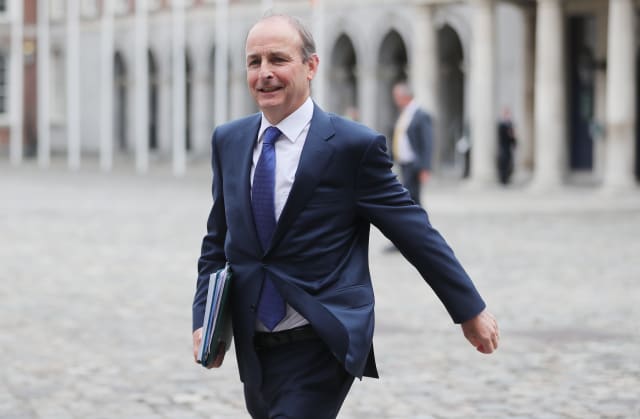 The Irish premier has ruled out a border poll as “far too divisive at this stage”.

Micheal Martin said he instead wants to focus on building relationships to share the island of Ireland “in peace and harmony”.

Sinn Fein has been calling for a border poll amid the political turbulence caused by Brexit and uncertainty over future arrangements.

Mr Martin’s new coalition government includes an all-island unit in the Department of the Taoiseach “to develop fresh thinking around that”.

“I want to inject greater greater momentum into the north-south dimension of the Good Friday Agreement, in terms of practical, pragmatic economic projects and activity that we can get under way,” he told the BBC’s Andrew Marr Show.

“I think, to me, a border poll is far too divisive at this stage, it doesn’t deal with the more fundamental issue of how we continue to live and work together as we all live on this island, particularly in a post-Brexit scenario.”

“I think there has been some progress in terms of a paper that the UK Government published, but we do need more detail, we need more precision.

“I think we need an injection of momentum into the overall talks between the European Union and the United Kingdom in relation to Brexit,” he said.

“I had a very fruitful discussion with the Prime Minister, Boris Johnson, after I took office. I think we both agreed that it’s in everybody’s interest, particularly in terms of businesses and giving them certainty, that we get a good comprehensive trade deal between the UK and European Union.

“Our concern is time is tight in relation to all of the mechanisms that have to be gone through in terms of getting the sanction and the approval of the EU member states and the European Parliament and our respective governments.”

The Taoiseach said he believes the European Court of Justice is just one of “a number of sticking points” in discussions.