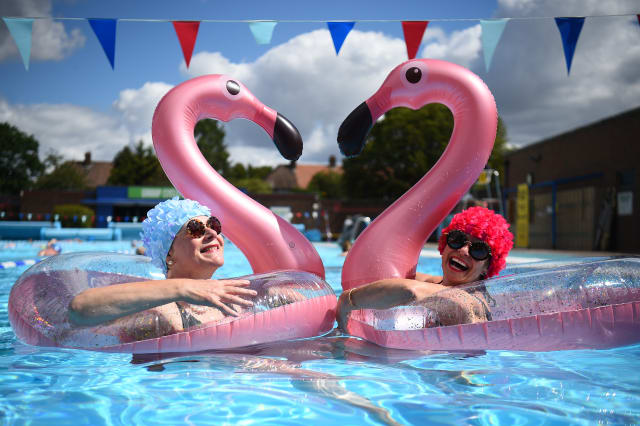 Several of England’s outdoor pools were able to reopen on Saturday after the Government further relaxed lockdown measures.

The four bathing spots at London’s Hampstead Heath were open on a pre-booking system, with the capital’s Charlton Lido also welcoming guests back.

The return of sunny skies also saw people swimming and paddle-boarding at Brighton beach, while in Hampshire it was steam that was providing the fun with the reopening of a heritage railway.

At Charlton Lido And Lifestyle Club in Hornfair Park there was the usual lane-swimming, but also time for some fun with inflatables.

At Brighton, the sea was dotted with paddle-boarders and swimmers.

Meanwhile in Hampshire, the warmer weather welcomed the reopening of the Mid Hants Railway – also known as the Watercress Line.

The station at Ropley was given a polish as the steam engine was fired up again for the heritage railway.