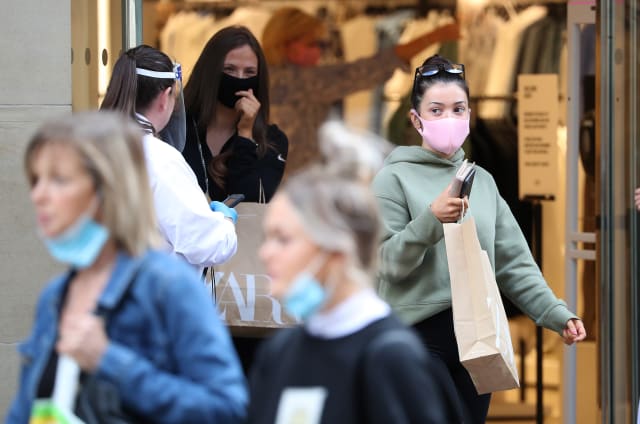 The number of daily coronavirus cases in Scotland has fallen back to single figures after a rise on Friday led Nicola Sturgeon to warn against complacency.

Statistics released on Saturday by the Scottish Government show that 18,340 people have tested positive for coronavirus north of the border, an increase of seven in the last 24 hours.

No Covid-19 deaths were reported over that period, meaning the total number of fatalities remains at 2,490.

This is the third day in a row without any new deaths.

The First Minister announced at her daily briefing on Friday that 18 people had tested positive for Covid-19 over the previous day – the highest number of new cases of the virus for three weeks.

She said the rise was being “looked at very closely” and served as a reminder the virus has not gone away.

On Twitter, Nicola Sturgen said: “Positive cases in past 24 hrs back in single figures (7) after yesterday’s increase

“Also, another day with no registered deaths amongst people who had tested positive.

“Progress still good – but with significant easing of lockdown next week, we all must take care #StaySafe.”

Of those who have tested positive, 323 people were in hospital last night.

A total of six patients are in intensive care with confirmed or suspected Covid-19, a fall of six on the previous day.

Greater Glasgow and Clyde is the health board area to have recorded the most cases positive (4,872) so far, followed by Lothian (3,165) and Lanarkshire (2,734).