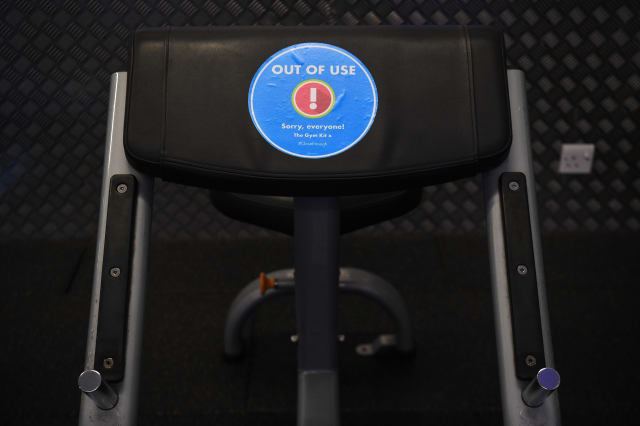 One of Britain’s biggest gym chains lost around one in five of its members during lockdown, even though it froze their payments.

The Gym Group said that 178,000 people had cancelled their memberships with one of its 179 gyms, which are mainly across England.

The announcement came as the business prepares to open its doors for the first time in four months after the Government told gyms and nail bars they would be allowed to reopen.

Direct debit repayments will now restart, but members can request to have their membership frozen for longer.

“We are in the process of un-furloughing our colleagues, who will be ready to open the doors of our gyms in England on July 25 and in the other home nations once restrictions are lifted,” said chief executive Richard Darwin.

“We are encouraged by the response of our members, the vast majority of whom are keen to get back to the gym to begin working out again. We look forward to welcoming them back and being able to continue providing affordable fitness for all.”

According to its own research, 92% of members are keen to get back to exercising at one of the The Gym Group’s 160 sites in England, 13 in Scotland and three in Wales which are all set to reopen from July 25.

Two in Leicester and one that is being refurbished on London’s Oxford Street will remain shut for now.

Staff will get their temperature checked at the start of their shifts, and the number of the people in each gym will be restricted to one per 100 square feet.

The company will also launch an app where customers can monitor how busy the gym is, and check historical trends to spot patterns of when it might be safe to go.

“Opening safely is our primary concern and we have comprehensive plans in place for both our colleagues and members as we re-open our gyms,” Mr Darwin said.

“We are pleased to have been able to work with Government and the rest of the health and fitness sector on how best to operate in a Covid-secure way.

“Together with the Government we recognise the significant benefits of exercise in improving the nation’s physical and mental well-being, particularly at this time as we respond to the pandemic.”