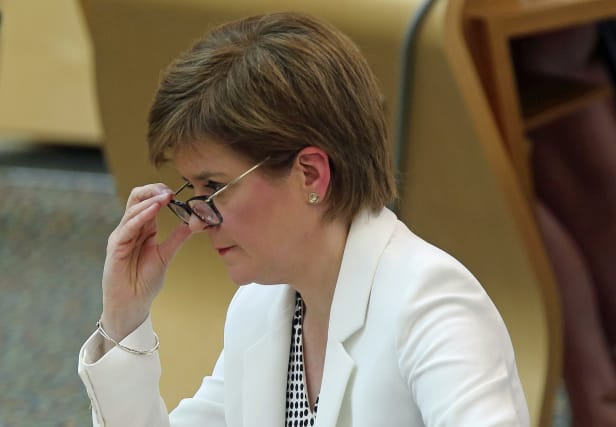 The Scottish Government has a much clearer strategy for coming out of lockdown than Westminster, according to a scientist.

He told a briefing on Friday that Scotland had taken an “elimination strategy”, focused on driving infection rates as low as possible before taking action.

The scientist was speaking in his capacity as a member of Independent Sage, a group set up by former Government chief scientific adviser Sir David King, following criticism of the official Scientific Advisory Group for Emergencies (Sage) for a lack of transparency

Prof Reicher said: “In Scotland we’ve seen such a clear strategy, clearly articulated, elimination is the aim and all objectives are geared towards driving things as low as possible.

“In England the UK Government hasn’t been clear about the strategy, we don’t see any particular strategy, some people talk about herd immunity by default, but nothing has been articulated at all.

“So one of the clearest differences between Scotland and England is the difference between an elimination strategy and just drift.”

Prof Reicher said Scotland has been “more careful” and is trying to drive infections so low that when the economy reopens, it does so “properly and fully”.

He added: “So a clear strategy, a slow, cautious, measured approach to reopening and very clear public messaging around that.

“The messaging throughout has been not to go for quick cheap headlines and ‘Super Saturday’ or ‘Independence Day’, but to remind people we’re in the midst of a deadly pandemic.

“We need to be cautious, we need to wear face masks, and indeed from today face masks will be compulsory in shops in Scotland.

“In so doing, not only stopping the spread of infection but sending a very clear message to people, we’re still in the midst of a deadly pandemic.”

It comes after First Minister Nicola Sturgeon announced a relaxation of the rules allowing people to mix indoors and confirming plans for bars, restaurants and hairdressers to reopen.

The most recent estimate is that 1,000 people in Scotland are infectious, Ms Sturgeon said, and the “prevalence of the virus in Scotland is at this stage several times lower than it is across the UK as a whole”.