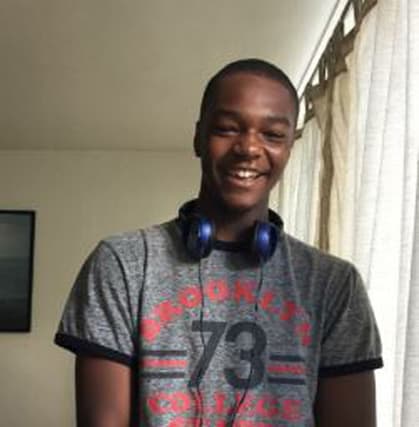 The victim of a fatal stabbing in south London has been named as 18-year-old Donnell Rhule.

Although the body is yet to be formally identified, officers have released the suspected identity as they launch a fresh appeal for any witnesses of the incident to come forward.

Officers were called to Seeley Drive in Dulwich at around 6.30pm on Wednesday, where they found a man suffering from stab wounds.

Despite medical attention from London Ambulance Service paramedics, he was pronounced dead at the scene and a murder investigation launched.

Scotland Yard said Mr Rhule’s next of kin have been notified.

No arrests have yet been made.

Senior Investigating Officer Det Chief Insp Rob Pack said it is believed Mr Rhule was attacked on Lyall Road before making his way to a parade of shops on Seeley Drive.

He said: “I would like to speak with anyone who witnessed the stabbing or who saw anyone leaving the scene.

“This is a generally quiet area, so I am certain that a number of people will have seen or heard something significant.

“I am also appealing to trace the driver of a blue Renault hatchback, possibly used as an Uber or other private hire vehicle, which picked up a passenger in Seeley Drive at around 6.30pm.”