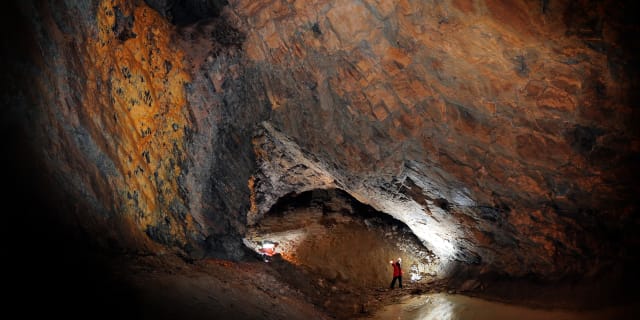 The Black Country has been designated as a Unesco Global Geopark after winning recognition for its "internationally rich" geology and cultural heritage.

A 10-year project backed by Wolverhampton, Dudley, Walsall and Sandwell councils culminated in the area being officially confirmed as the UK's eighth Global Geopark on Friday.

The new status means the Black Country joins a network of areas around the world recognised for active partnerships to conserve, manage and promote local geology and heritage.

The area's significant role in the Industrial Revolution was at the heart of the bid, which involved more than 40 "geosites" including museums, nature reserves and Stourbridge's Red House Glass Cone.

Ambassador Matthew Lodge, UK Permanent Delegate to Unesco from the Foreign and Commonwealth Office, said: "I am delighted that the Black Country has become the UK's eighth Unesco Global Geopark, joining the UK's exceptional network of Unesco designations.

"With geology stretching back 428 million years, and a landscape and heritage that shaped the modern world during the industrial revolution, it is right that the Black Country is given this prestigious UN status."

The Black Country is home to around one million people and is believed to take its name from the smoke and soot generated by heavy industries during the Industrial Revolution.

Councillor Patrick Harley, leader of Dudley Council, said of the Unesco announcement: "I couldn't be prouder of what has been achieved.

"Our region is renowned for being a driving force during the Industrial Revolution and this status recognises the importance our geological heritage played at the time and how it defined this area.

"Becoming a Unesco Global Geopark really puts us on the world map and gives us the opportunity to tell our story to the world and celebrate the many sites and features that we are so fortunate to have."

Tony Juniper, the chair of Natural England, said: "Today is a landmark achievement which recognises the internationally rich geology and cultural heritage of the Black Country.

"The move will benefit the environment and boost tourism, as well as providing more people with the opportunity to connect with the natural world."