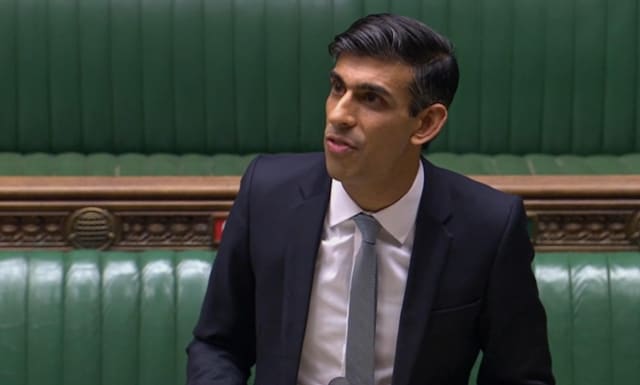 While some publications have welcomed the Chancellor’s spending promises, others have highlighted criticism that the measures do not go far enough to stave off a coming “tsunami” of job losses.

The Daily Express has thrown its support behind the package, hailing it as a “budget of hope”.

Inside the typically Tory-positive paper, columnist Leo McKinstry said Mr Sunak’s plans were the “right recipe” for the nation’s economic recovery, while calling him “the most gifted politician in the Cabinet”.

He writes: “At the core of his plan was the determination to prevent mass joblessness through measures such as incentives for recruitment, better youth training, tax cuts to lift enterprise, enhanced infrastructure spending and targeted cash grants.

“From money off restaurant bills to new apprenticeships, it was remarkable for its scope and originality.”

The right-leaning Daily Telegraph was also vocal in its support of the measures, with the paper’s associate editor Camilla Tominey calling Mr Sunak’s speech a “bold statement for uncertain times”.

She writes: “In urging the public to ‘find that new balance between safety and normality’, Mr Sunak was not just signalling the start of Britain’s recovery – but its renewal.

“Yesterday the Chancellor gave permission for Britain to leave its Covid-19 nest. After four months of taking fright, the fightback had begun.”

Elsewhere, a leading article in The Times called the Chancellor’s programme “necessary and well targeted”, while self-proclaimed “astonished” former Chancellor Norman Lamont used a column in the Daily Mail to say he could not see “any alternative to the broad policies” outlined by the package.

He adds: “Taken as a whole, his measures are creative and properly conservative in that they adapt to changed circumstances, which is why the Tory party has always been the natural party of government.”

However Mr Sunak’s measures were not entirely well-received.

The Guardian highlighted concerns from economic experts, trades unions and the Labour party as to whether the package was enough to tackle the jobs crisis that could come when the Government’s furlough scheme runs out in October.

In analysing the measures, the paper’s economics editor Larry Elliott wrote: “For the first time in his brief spell running the
Treasury, (Mr Sunak) has come in for some flak.

“There was a welcome for some of the measures but there was also unease that the package as a whole was insufficiently bold given the
threat to jobs in the coming months.”

Meanwhile the Daily Mirror termed the scheme “chicken feed”, with Labour’s Shadow Chief Secretary to the Treasury Bridget Phillipson using a column to call it a “squandered opportunity”.

She adds: “The Chancellor should yesterday have a delivered a proper back-to-work budget, one that focused on jobs and a plan for growth.

“But what we saw didn’t match the scale of the challenge.

“For weeks, the Government has been promising Britain a “New Deal”. But instead we got a meal deal.”

What the papers say – August 6

Brexit briefing: 147 days until the end of the transition period

Port officials under house arrest after explosion in Lebanon’s capital