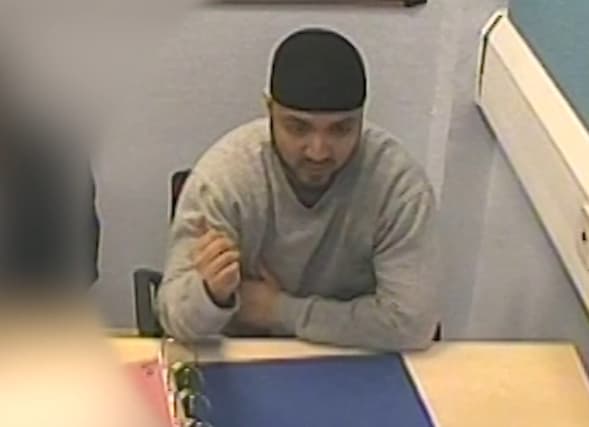 A jihadist who plotted a gun and knife rampage at busy London tourist sites has been jailed for life with a minimum term of 25 years.

The 29-year-old former Uber driver from Luton, who was said to be driven by “dreams of martyrdom”, was arrested three days before the Pride parade in summer 2019 after he unknowingly revealed his plans to undercover police officers.

Chowdhury bragged to them about deceiving a jury which cleared him of a sword attack on police outside Buckingham Palace at a previous trial at the Old Bailey in December 2018.

But the jury at a separate subsequent trial found him guilty of terror offences in February, little more than a year later.

Chowdhury was handed the life sentence at Woolwich Crown Court on Thursday.

Appearing in court wearing a grey tracksuit and face mask, he was sentenced for convictions of engaging in conduct in preparation of terrorist acts, collecting information likely to be useful to someone preparing an act of terrorism and disseminating terrorist publications.

Four covert officers, posing as like-minded extremists, befriended and monitored Chowdhury after he was freed from HMP Belmarsh when jurors cleared him in December 2018 of slashing police with a sword outside the Queen’s London home while shouting “Allahu Akbar”.

Within a week of his release he had begun posting extremist messages online.

Over the course of a five-month surveillance operation detectives gathered crucial information about Chowdhury’s mindset and plans after winning his trust.

The trial heard that he had a document on his phone titled “guidance for doing just terror operations” which included instructions on how to kill people with knives.

At the sentencing hearing on Thursday, prosecutor Duncan Atkinson QC argued that Chowdhury should received a life sentence as a pre-sentence report showed he posed a “significant risk to the public” of causing “serious harm” through potential future offending.

He suggested the evidence showed there had been a risk of “an imminent attack” that had been intended to involve “multiple deaths”.

But defence lawyer Simon Csoka QC suggested Chowdhury’s behaviour had been a “delayed teenage phase”, arguing that he had done “very little beyond talking” about potential attacks on “hypothetical targets”.

He suggested that Chowdhury had displayed a “cooling off” in his interactions with undercover officers, and highlighted he had not taken up their offers of opportunities in support of an attack.

Chowdhury’s defence barrister previously argued that the university drop-out was a “pathetic little man” and an “attention-seeker” who “talks and talks, but doesn’t do”.

But prosecutors argued at trial that Chowdhury desired to “unleash death and suffering” on non-Muslims after being influenced by sermons from preachers like al Qaida’s Anwar Al-Awlaki.

Chowdhury told one undercover officer he was free to attack one million unbelievers if he was fighting for “the pleasure of Allah” and stressed the importance of an “ambush”, saying: “They shouldn’t know what hit them.”

His sister Sneha Chowdhury, 26, who was convicted of one count of failing to disclose information about acts of terrorism, is yet to be sentenced.