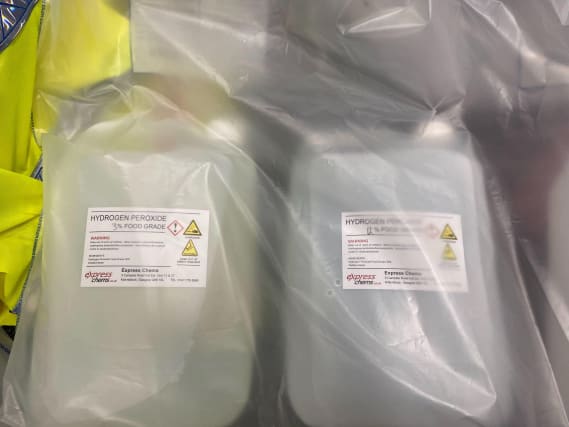 Frank Ludlow, from East Marden in West Sussex, was caught after a package containing 60 of his kits, which were made from a mixture of chemicals including hydrogen peroxide, was intercepted by US customs in Los Angeles.

City of London Police were alerted on March 20 and Ludlow was arrested four hours later at a Post Office as he was attempting to send 60 more fake kits to France, the US and other parts of the UK.

He was also ordered to carry out 170 hours of unpaid work.

Detective Chief Superintendent Clinton Blackburn said the fake kits could have given those who used them the “false hope” that they had been cured of coronavirus and therefore increased the risk of spreading the disease.

He said: “Criminals are preying on people’s fears and anxieties, using the coronavirus outbreak to take their money.

“The kits produced by Ludlow were unlawful and untested. They gave false hope to vulnerable people and their families, offering no medical benefit.

“This raises the possibility that people with Covid could believe they were cured, thereby inadvertently exposing others to infection.”

A force spokesman said Ludlow made approximately £12,000 from selling the fake kits online, which were priced at between £1 and £100, but cost only £1 to make.

Police found 300 treatment kits at his home, with an estimated 20 litres of chemicals to be used in their production.

A previous court hearing was told that Ludlow believed in the effectiveness of the kits, was evangelical about their use, and had previously used them with the aim of treating HIV patients in Africa as well as for people with Lyme disease, malaria and dengue fever.

Stephen Hopper, prosecuting, said: “He is extremely enthusiastic about his products.”

He added that the defendant had said: “I want to get this to the entire world.”

Tariq Sarwar, head of operations for enforcement at the Medicines and Healthcare products Regulatory Agency, said: “Making and selling fake coronavirus (Covid-19) treatment kits is endangering patients’ health and increasing the risk of contagion to their families and friends.

“It is important that people who put other people’s health in danger are brought to justice, and the products are taken out of circulation.

Roman Kemp breaks down while paying tribute to friend and colleague