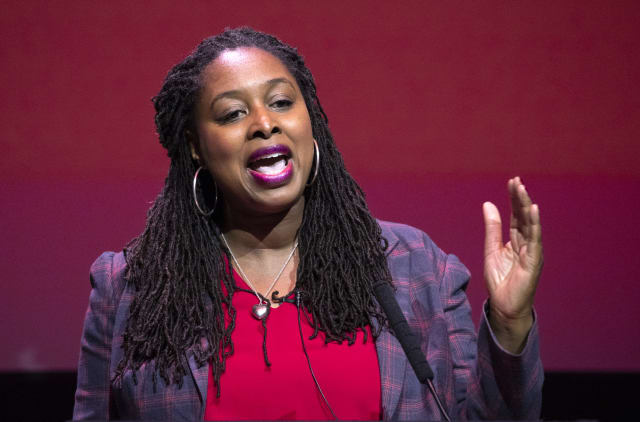 Labour MP Dawn Butler has described the threat of attack on her staff and office as having “drastically escalated” in recent months as she spoke out against racism.

Party leader Sir Keir Starmer criticised the “racist abuse” targeted at Ms Butler and other black MPs after she said the actions played a role in having to close her constituency office.

Politicians rallied around the Brent Central MP as she vowed to “never be threatened into silence”, despite receiving threats of violence on “an almost daily basis”.

Ms Butler, who was shadow equalities secretary under Jeremy Corbyn, said she has had to “work extensively” with police to try to make a safe working environment for her employees.

“My staff have been attacked in the office, verbally assaulted coming and going from work, bricks have been thrown through the windows and the frontage has been smashed,” she said.

“Sadly in recent months, the threat to myself and my staff has drastically escalated. Last month the police arrested one person and are currently pursuing others as I continue to speak out on key issues such as the impact of Covid-19 on the BAME community, the death of George Floyd and Black Lives Matter.

“I continue to receive, on an almost daily basis, threats of violence and death threats.”

She wrote about her experiences as she told her constituents that she would have to close her office in Willesden, north-west London.

Ms Butler said in part it is not a large enough space to be safe during the coronavirus pandemic, but said the “continual security risk” also played a role.

Sir Keir tweeted: “I have spoken to @DawnButlerBrent to offer the Labour Party’s full support and solidarity. The racist abuse that Dawn and her staff have suffered is appalling.

“Dawn’s voice is vital. The racism that our Black MPs face has no place in our society.”

Tory MP Tom Tugendhat added: “Whoever is trying to silence ⁦@UKLabour MP ⁦⁦@DawnButlerBrent is threatening us all.

“We need to defend everyone’s freedom of speech and their right to choose who represents them. We cannot ignore this and see our democracy suffer.”