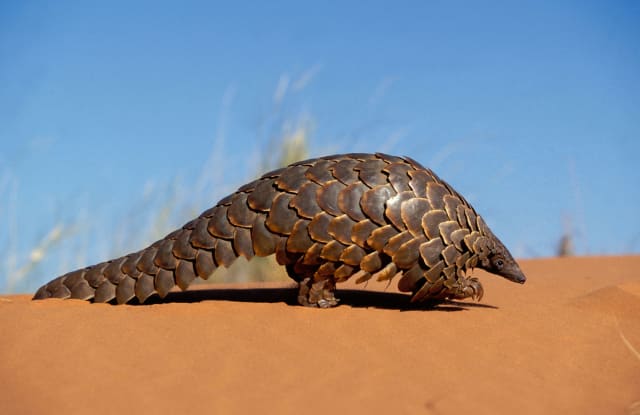 Global wildlife monitoring needs to be stepped up to reduce the risk of future pandemics, experts have warned.

Scientists from the Wildlife Disease Surveillance Focus Group want improvements on the testing and tracking of organisms that cause disease, known as pathogens, in wildlife to help avoid another worldwide outbreak.

Previous outbreaks of new diseases such as SARS and MERS were caused by the crossover of pathogens from animals to humans.

SARS coronavirus 2 (SARS-CoV-2), the virus responsible for Covid-19, is thought to have originated in bats and moved into other wildlife hosts before crossing over into humans.

The lack of knowledge about how the step between animals and humans happened highlights the need for improved surveillance, the group said.

To avoid a repeat of Covid-19, wildlife must be tested closer to areas of risk, better use should be made of technology and greater oversight introduced for the international wildlife trade, the group said in an article published in the journal Science.

Currently, there is no wildlife trade pathogen screening, including of animals or their products that are eaten, transported or hunted as game.

The group said this lack of oversight is concerning, pointing out some 89% of known RNA viruses – the class of viruses that SARS-CoV-2, MERS coronavirus and Ebola belong to – that have the potential to cause harm to humans could cross over from animals.

It outlines recommendations including an increase in laboratory testing capacity at or near locations where humans and wildlife interact.

Europe and North America are home to 62% of laboratories screening for animal pathogens, while the areas seen to be at most risk of emerging infectious diseases, such as Asia and Africa, account for 26% and 3% respectively.

Boosting testing technology by using small, cost-effective devices such as portable DNA sequencers in local testing centres – currently being trialled by the University of Edinburgh – could help address the issue, experts said.

The focus group also recommends creating a central public database to record animal virus characteristics to assist in monitoring the risk of crossover to humans.

It would enable any scientist to see how pathogens are evolving, how common they are worldwide and identify early potential targets mitigation measures, including antiviral treatments or vaccines.

A further recommendation is to introduce international standards for the wildlife trade, particularly around screening for products which are transported.

The University of Edinburgh is part of the focus group.

Its Zoological and Conservation Medicine chairwoman, Professor Anna Meredith, said: “We know that many diseases like Covid-19 can cross from animals to humans but we don’t focus enough on the animal side of the human-animal equation.

“Locally-driven surveillance and responses will empower local wildlife and public health professionals to constantly monitor for pathogens at source and improve the likelihood of prevention or early mitigation of future crossover events.”

Wildlife experts from Melbourne University, Washington University in St Louis, Missouri, and at San Diego Zoo are also part of the focus group.