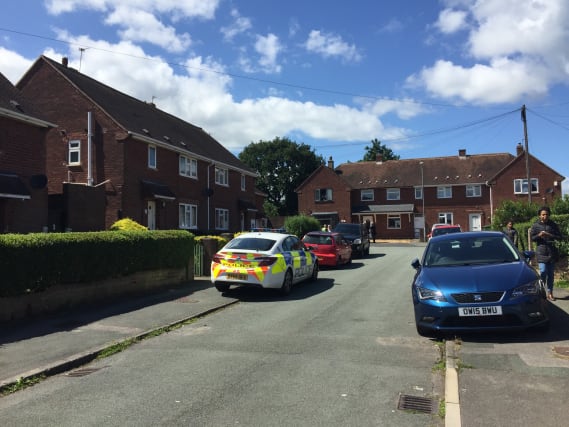 A female paramedic who was stabbed along with a male colleague while on a 999 call-out has been discharged from hospital.

Deena Evans was stabbed once in the chest and fellow medic Michael Hipgrave was slashed across his back during an incident at a maisonette in Stephens Close, Wolverhampton, at about 12.20pm on Monday.

The paramedics were called to the property to carry out a concern-for-welfare check on the sole male occupant, after the alarm was raised by a relative.

West Midlands Ambulance Service (WMAS) said: “The Trust is pleased to confirm that Deena was released from Queen Elizabeth Hospital, Birmingham, yesterday (Wednesday) afternoon after suffering a knife wound to her chest.

“She is now continuing her recovery at home.”

The ambulance service added that Mr Hipgrave – who was discharged on Monday night – was continuing his recovery at home.

WMAS said: “Both Deena and Michael are in good spirits as they recover from their ordeal.

“West Midlands Ambulance Service continues to offer full support to both members of staff, as well as any colleagues who have been affected by this incident.”

Martyn Smith, 52, was Tasered and arrested at the scene, following the incident.

He was remanded in custody after a short hearing at Wolverhampton Magistrates’ Court on Wednesday, and ordered to appear at the city’s Crown Court on August 5.