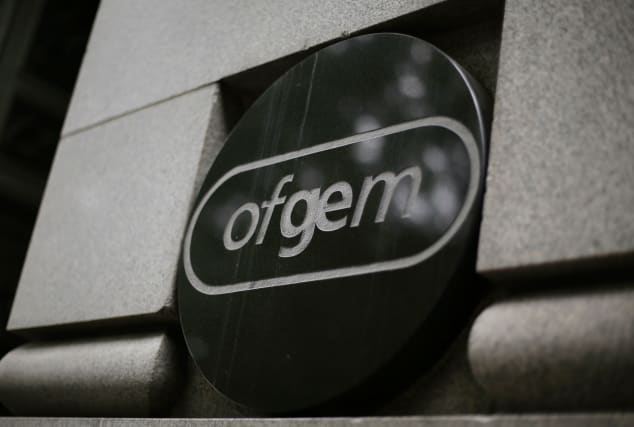 The bosses of some of Britain’s biggest energy companies have warned that Ofgem could get bogged down in a lengthy battle over a plan they believe will set back the UK’s drive to build a green recovery after the coronavirus crisis.

Scottish Power chief executive Keith Anderson said he could consider appealing to the Competition and Markets Authority over the plan which halves the rate of return that investors can make from Britain’s energy networks.

“The announcement that has come out this morning is to us completely out of step with everything that we’ve seen the Government talk about and do over the last two or three weeks,” he told the PA news agency.

“Everything we’ve heard from the Prime Minister is about investment, building, jobs, apprenticeships, training opportunities, UK manufacturing, getting the economy kick-started and the need for a green economic recovery. What Ofgem have issued this morning slams the brakes on all of that for the energy sector,” he said.

Ofgem’s proposals will allow energy companies to invest £25 billion in their networks and recoup the cost from customers. It also sets aside a further £10 billion tied to green targets that companies can apply for on a project-by-project basis.

The announcement caused concern among the networks who had asked for £8.4 billion more, which they say is needed to help Britain meet its environmental targets and create jobs as the economy suffers from the coronavirus pandemic.

“This plan this morning from Ofgem does none of that at all, it completely misses the target. In fact it doesn’t just miss the target, it misses the wall that the target is stuck on. It’s so far left-field it beggars belief,” Mr Anderson said.

He also accused new Ofgem boss Jonathan Brearley of having “utterly flunked” his first big test in the job.

But Mr Brearley fought back against the industry’s claims. He said he does not believe there is any merit to the belief that Ofgem’s plan will slow down the road to net zero, saying the regulator must strike a fair balance between investors and households.

“Of course, at this stage of the process, companies will be saying things to try and drive that number up, in part because that’s their job for their shareholders. But it’s our job to make sure there’s a fair balance between what the shareholders get and what customers need to pay,” he said on a call with reporters.

He was backed up by several industry experts, including consumer champion Citizens Advice, who believe that the networks have had an easy ride for too long. Around a quarter of a household’s annual energy bill goes to pay for the networks.

In the past Ofgem has been heavily criticised for allowing investors in the networks to take high returns for a low-risk investment.

“The amount of profit that network companies have been allowed to make in recent years has been a matter of significant controversy, given our energy suppliers have to pass on these charges to our bills,” said Richard Neudegg, head of regulation at Uswitch.

“Ofgem’s proposal would lead to a big cut in network company returns, but most of this will go into green investment.”

Dr Jonathan Marshall at the Energy and Climate Intelligence Unit also pushed back against fears that the plan will set back the UK’s climate change ambitions.

He said: “Ofgem appears to have listened to criticism that it hasn’t been pushing hard enough on environmental measures and has been giving the networks – which make up around a quarter of domestic bills – an easy ride.”

The regulator is due to make a final decision later this year, but with both Mr Anderson and SSE boss Rob McDonald threatening to go to the competition watchdog for a ruling, the process seems unlikely to end there.

Mr Brearley said that a CMA review would likely take around six months to complete if the companies decide to complain.

“My job is to look at the evidence, make sure we make the right decision, and then stand firm,” he said.

To get the plan through, Mr Brearley will have to stand up to an industry which is likely to throw its considerable resources behind attempts to overturn his decision.

Mr Anderson called on ministers to step in.