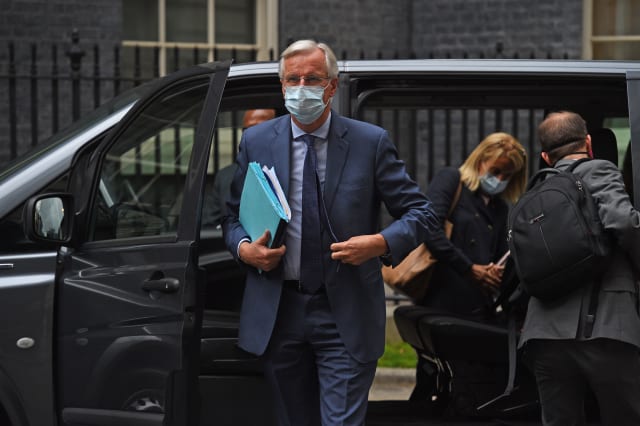 Brussels has encouraged European businesses to revive their no-deal Brexit planning preparations as it warned of “inevitable changes” no matter the outcome of trade talks with the UK.

EU chief negotiator Michel Barnier echoed the European Commission’s warning on Thursday that there remained “significant divergences” between Brussels and the UK on a post-Brexit trade deal following “informal” talks in London this week.

Mr Barnier also shared a commission document on Twitter, adding: “Regardless of the outcome, there will be inevitable changes on January 1 2021.”

The communication, Getting Ready for Changes, told member states that the choices made by Boris Johnson’s administration in pushing to deviate from EU rules and opting not to extend the transition period beyond December meant “inevitable disruptions will occur” next year that would “risk compounding the pressure that businesses are already under due to the Covid-19 outbreak”.

Highlighting that it was “essential that all stakeholders” start preparing for “far-reaching changes”, the communication advised for businesses to “consider revisiting their existing preparedness plans”.

The document continued: “Although these were drawn up for the risk of the UK’s withdrawal from the union without a withdrawal agreement – a scenario which did not materialise – part of that work will still be very relevant for the changes at the end of the transition period.”

Mr Barnier crossed the Channel this week for what he deemed a “useful discussion” with the Prime Minister’s Europe adviser, David Frost, as the pair attempted to inject some movement into UK-EU trade talks.

But he confirmed there were still issues blocking a deal despite his trip.

He tweeted: “This week’s discussions confirm that significant divergences remain between the European Union and the United Kingdom.

“We will continue working with patience, respect and determination.”

The commission, in a briefing with journalists, had used the same expression about key differences being on display during the most recent talks and said the EU was “working hard to overcome” the gap between the pair.

When pushed on whether there were positives to take from the London sessions, commission spokesman Daniel Farrie added: “We are working towards an agreement.”

Mr Barnier took part in a round of meetings on Wednesday following a dinner in Number 10 on Tuesday night.

Negotiators are understood to have concentrated on the key sticking points of fisheries and the “level playing field” arrangements, designed to prevent the UK undercutting the EU by lowering standards and increasing state subsidies.

Mr Frost is due to reciprocate and travel to Brussels for further discussions next week before formal negotiations resume in London in the week commencing July 20.

The fringe talks came after the PM told German chancellor Angela Merkel the UK would be prepared to walk away without a trade deal at the end of the year.

Mr Johnson has been adamant that he will not allow the discussions to drag on into the autumn, arguing that British businesses and citizens need certainty on the way forward before then.

If the two sides are unable to reach a deal by the end of the current Brexit transition period at the end of the year, it will mean Britain leaving the single market and the customs union without any agreement on future access.