No prosecutions following probe into 1988 murder of German backpacker 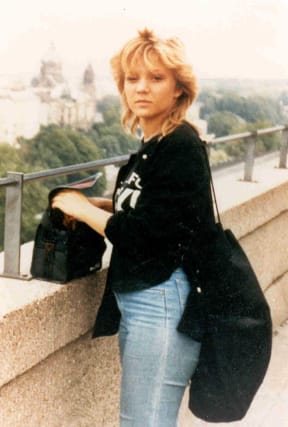 There will be no prosecutions following a probe into the murder of a German backpacker in Northern Ireland in 1988, it has been announced.

The body of Inga Maria Hauser was found in a remote forest, outside Ballycastle, Co Antrim, 14 days after she was last seen alive on a ferry from Scotland.

The 18-year-old’s death in April 1988 remains one of the region’s most high-profile unsolved murders.

A 60-year-old man and a 57-year-old woman were recently investigated by the Police Service of Northern Ireland (PSNI) over the killing.

A file was passed to the Public Prosecution Service (PPS) in 2019, who on Wednesday announced its decision not to pursue prosecutions.

In a statement the PPS said the police file was carefully considered by senior prosecutors but it was concluded that there was not a reasonable prospect of conviction for any offence.

It added that all decisions around prosecutions are taken by the application of the Test for Prosecution, as set out in the PPS Code for Prosecutors.

The PPS said there was not enough evidence to link the first suspect to the victim and that a lack of clarity around the date of Ms Hauser’s death undermined the case against the suspect.

Meanwhile, the PPS concluded there was insufficient evidence to establish that the second suspect had possessed and withheld information that would have been of material assistance to the police investigation.

“The murder of Inga Maria Hauser causes enduring distress and pain over 32 years later,” he said.

“We in the PPS acknowledge the deep disappointment felt today by the family and friends who loved Inga Maria and still miss her.

“The file received by the PPS contained the product of extensive PSNI investigations and was given the most careful consideration by a team of highly-experienced prosecutors. The Test for Prosecution was applied to this evidence, in line with our Code for Prosecutors.

“The standard of proof required in a successful criminal prosecution is high. The PPS can only prosecute a case which is assessed as having a reasonable prospect of conviction. In this case, our conclusion was that the available evidence was insufficient to meet this standard and therefore the Test for Prosecution was not met.

“We have offered reassurance to the family of Inga Maria that this decision was taken only after a most careful and thorough consideration of all available evidence.”

In 2018, on the 30th anniversary of the crime, detectives said they believed a number of people may have been involved either directly in the murder or in the subsequent cover-up, and said they only need fractional pieces of evidence to bring the chief suspects to justice.

Police have a male genetic profile found at the murder scene.

A number of years ago, in one of the largest DNA screenings undertaken in the UK, 2,000 samples failed to produce a definitive match.

Ms Hauser had travelled through England and Scotland and, according to diary entries, intended to travel south to Dublin after her ferry docked at Larne, Co Antrim.

For reasons as yet unexplained, she ended up going in the opposite direction and was found dead two weeks later in a remote part of Ballypatrick Forest.