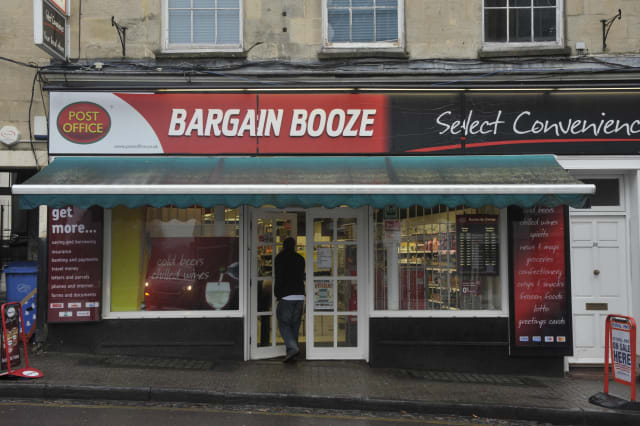 Accountancy giant Grant Thornton has been fined £1.95 million by the industry watchdog for “firm-wide” failures in its auditing of collapsed Bargain Booze owner Conviviality.

The Financial Reporting Council (FRC) said Grant Thornton had admitted breaching “very important” ethical standards and requirements between 2014 and 2017 to ensure the independence of its audit.

The FRC said the failures were “repeated and prolonged” and saw “numerous breaches”.

It comes after the FRC said earlier this week that Grant Thornton and other accounting giants must build a Chinese wall between their audit arm and the rest of the consulting business after a series of accountancy scandals.

A raft of high-profile company administrations in recent years have exposed audit failures across the industry.

Conviviality went bust in 2018 after a string of profit warnings and the discovery of a £30 million tax bill.

The FRC said Grant Thornton was initially slapped with a £3 million fine, but that this was discounted to £1.95 million for admissions and early settlement.

It added that Grant Thornton acknowledged its failings and had co-operated with the probe.

Claudia Mortimore, deputy executive counsel at the FRC, said: “In this case, there were firm-wide failures over a number of years which not only led to numerous breaches of such requirements on individual audits, but also the real risk of more such breaches which have not been, and will never be, reported or identified.

“The sanctions in this matter not only send a clear message as to how seriously the FRC views such failures but are also focused on ensuring that there is no repetition and the causes of the failures are effectively addressed at their roots.”

The FRC said Grant Thornton’s policies and procedures designed to ensure compliance were defective and were not properly carried our or monitored, while it also failed to adequately resource its ethics team.

Grant Thornton seconded Ms Toy – who was initially part of the audit team assigned to the audit – to the company to assist with the preparation of its year-end financial statements.

“This was contrary to requirements of standards designed to preserve the independence and objectivity of audit, given the threats to the firm’s independence such circumstances posed,” the FRC said.

Ms Toy then sought to remove a four-and-a-half hour time entry she had originally recorded on the audit file to conceal evidence of her involvement in both the audit and the preparation of the company’s accounts, the FRC said.