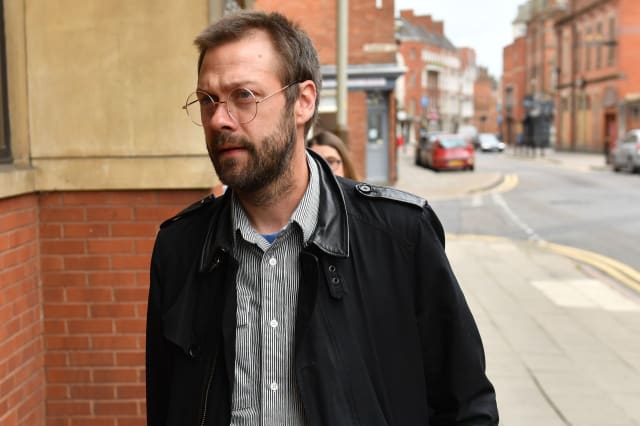 Former Kasabian frontman Tom Meighan has issued an apology after admitting to assaulting his partner, saying the incident was a “wake-up call” and that he has been sober for three weeks.

The 39-year-old singer was ordered to carry out 200 hours of unpaid work for the offence at Leicester Magistrates’ Court on Tuesday after pleading guilty to assaulting Vikki Ager on April 9.

In a statement on Twitter, Meighan said: “I would like to make a statement about recent events and publicly apologise to my partner Vikki, my band-mates, my friends, family and fans.

“I am very sorry and deeply regret my recent behaviour. In no way am I trying to condone my actions or make excuses. I am completely to blame and accept all responsibility.”

The musician, of Narborough, Leicestershire, said he had “struggled for many years with alcohol addiction” and described the assault as “a wake-up call for me, for who I was, and what I was becoming”.

He added: “I was spiralling out of control. My mental health was becoming more and more unstable and I was at breaking point.

“I booked myself into a rehabilitation programme for alcoholism. It’s been well documented I’ve undergone treatment before, but in truth I’ve never actually been completely sober.

“This time has been different. I left the programme 3 weeks ago and with the support of my family and friends, I’ve been taking every day as it comes, getting through each day completely clean and sober.

“This time I actually really want to do it, not just for those I care about, but also for myself.”

Meighan said he had recently been diagnosed with ADHD, which had helped him “understand more about my behavioural issues”.

He also said he and Ms Ager were “very much in love and we are looking forward to rebuilding our life together with the support of those close to us” and described the incident as “an isolated one” and “out of character”.

Meighan quit Kasabian, the band he helped form in 1997, on Monday, with the band citing his “personal issues”.

Following his case, Meighan’s former bandmates condemned his “totally unacceptable” behaviour and suggested a statement released by him on Monday ahead of the trial misled fans.

They said they were “led to believe that Tom would hold his hands up and in his statement tell everyone what he’d done but he chose not to, misleading a lot of fans”.

Meighan responded, saying he had only sought to assure fans and acquaintances that he was in a “good place” mentally.

He added: “At which point, I wasn’t able to acknowledge the pending case. I would never knowingly mislead fans and appreciate them greatly.”

Kasabian formed in 1997 before breaking through with 2006’s Empire and 2009’s West Ryder Pauper Lunatic Asylum, which featured a string of hits including Underdog and Fire.