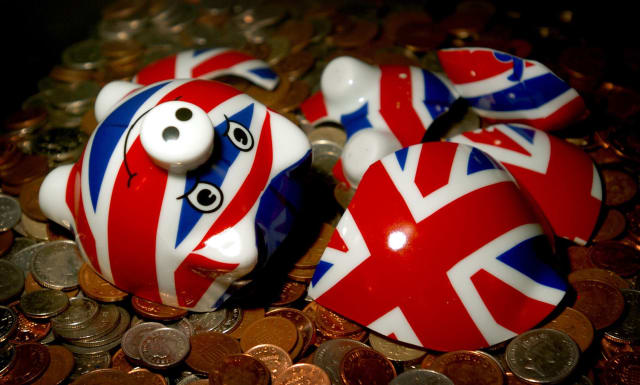 The Chancellor’s latest £30 billion package of emergency measures has raised fears over a mammoth looming bill for taxpayers as experts also warned it may not be enough to boost the battered economy.

Rishi Sunak insisted he will still get the nation’s finances on a sustainable footing in the medium-term, but the Treasury admitted emergency actions have already come at a “significant fiscal cost”.

The new Jobs Retention Bonus alone will cost the Government up to £9.4 billion, with the VAT cut adding another £4.1 billion, the stamp duty cut an extra £3.8 billion and the eating out discount scheme £500 million.

Mr Sunak’s latest round of coronavirus emergency measures add to the near-£160 billion plan already unveiled since March.

Sarah Coles, personal finance analyst at Hargreaves Lansdown, warned over “pain” to come for taxpayers to get the nation’s finances back in order.

She said: “All of these measures will cost money – on top of the eye-watering sums already spent – and eventually, the Treasury is going to need to start raising revenue.

“It means that as early as the Autumn Budget we could see proposals and consultations emerge that promise more pain ahead.”

The Taxpayers’ Alliance also raised concerns over how Britain will foot the bill.

John O’Connell, chief executive of the TaxPayers’ Alliance, said: “While the jobs retention bonus will help ensure that the furlough scheme isn’t just an expensive pause on mass lay-offs, taxpayers will be concerned about how and when they will pay the bills for ever-more spending promises.”

On the eat out to help out scheme, he added: “The truth is that a taxpayer-funded tenner off the bill is not enough to get the hospitality sector moving again.”

The Treasury insisted that while the UK faces mammoth costs of the actions announced so far, “the costs of failing to act to support public services, businesses, and workers would have been much higher”.

Official figures have shown government borrowing surged to a new record high in May, hitting £55.2 billion following heavy spending in the face of coronavirus.

But this is just the start.

The furlough scheme alone is expected to cost the Treasury £60 billion by the time it closes in October, according to the Office for Budget Responsibility (OBR).

The OBR has recently predicted that borrowing for the entire year is expected to hit £298.4 billion – before the Chancellor’s latest extra measures.

But economists fear more still may be needed to help the economy recover.

Britain’s gross domestic product (GDP) plummeted by 25% in the first two months of the crisis and is expected to take years to get back up to pre-pandemic levels.

Samuel Tombs, chief UK economist at Pantheon Macroeconomics, cautioned it was “not enough to underpin a V-shaped recovery”.

He said: “In total, the fiscal package could lead to a cash injection of £30 billion, or about 1.5% of annual GDP, though much will depend on how many firms bring back furloughed workers.”

He added: “Despite the Chancellor’s efforts, we still expect GDP to be about 5% below its pre-Covid level by the end of this year.”