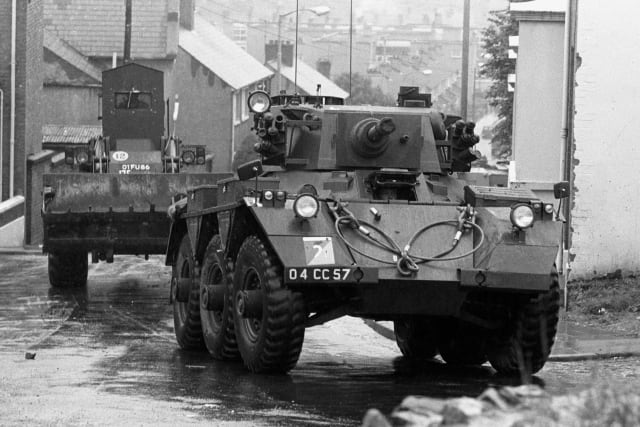 Peers have piled further pressure on the Government to get a compensation scheme for victims of the Troubles in Northern Ireland up and running.

Former Northern Ireland secretary Lord Hain branded the failure to implement the victims payment scheme a “savage denial” of the rights of those injured.

He warned ministers that he would continue to “hound” them in his campaign to get the payments made as planned by Westminster.

The payments scheme was drawn up last year by the UK Government and given cross-party backing.

But there has been a dispute between the Northern Ireland Executive and the Westminster Government over how the annual pension-style payments to victims of the Troubles are funded.

Labour’s Lord Hain said the failure to get the scheme going amounted to a “savage denial of rights enshrined in legislation,” approved by MPs and peers.

It was now 40 days since the scheme should have been open to applications for payments.

But due to a “disgraceful display of political intransigence within the Executive office in Stormont some of the most vulnerable men and women in Northern Ireland and beyond have been denied access to it,” he told the Lords.

Lord Hain said the Government had argued that a High Court challenge to the failure to implement the scheme be “set aside to allow another arguably weaker judicial review to proceed in its place”.

He added: “That was and is disgusting behaviour by the Secretary of State (Brandon Lewis).”

Mr Lewis and his officials should be “thoroughly ashamed of yourselves,” he said.

Parliament did not have the power to hold the Stormont Executive office to account for its “shocking and illegal refusal to implement the law”, but the UK Government must address this “gratuitous insult to victims and survivors who have suffered so much already through no fault of their own”.

Lord Hain vowed to “hound this Government” until the issue was resolved.

For the Liberal Democrats Lord Bruce of Bennachie said he fully supported Lord Hain’s campaign and agreed with what he had said.

Former Ulster Unionist leader Lord Empey said the Government was “failing dramatically” over the payments to victims and the will of Parliament was being “openly defied” by the Northern Ireland Executive.

Lord Empey said the rights of hundreds of people whose lives had been dramatically changed and, in some cases, ruined were being “trampled on” and this could not continue.

Ministry of Justice spokesman Lord Keen of Elie said the Government wished to see the matter resolved as soon as possible.

As it was the subject of litigation it would not be appropriate to make any further detailed comment, he said.

“I am conscious of the expressions of concern that have been made,” Lord Keen said.

“I am confident Lord Hain isn’t going to rest this matter until it is resolved.”