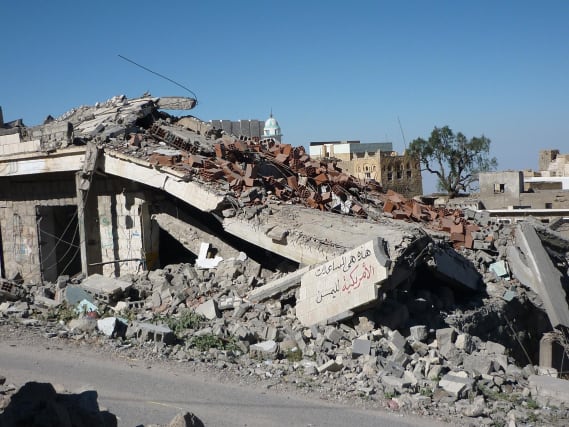 The Covid-19 pandemic has not paused conflict around the world – despite calls for a global ceasefire, a study has found.

Researchers at the University of Edinburgh have developed a publicly-available digital tracking tool to examine the consequences of the coronavirus outbreak on peace processes and armed conflict.

They assessed the progress of agreements following the United Nations’ call for a global ceasefire to support the fight against coronavirus in March.

More than 170 states supported the UN’s appeal, as did other peace-building and religious organisations.

Researchers found that although there was an initial surge in ceasefire announcements in nearly all regions, in some cases this has not resulted in a longstanding end to hostilities.

Christine Bell, director of the university’s political settlements research programme, said: “This ceasefire tool assists international organisations such as the UN, peace-building organisations, and people in-country, to monitor both the pandemic and ceasefires.”

The UN Security Council passed a resolution calling for a global ceasefire on July 1 to enable the delivery of humanitarian assistance during the Covid-19 pandemic.

Nancy Lindborg, president of the United States Institute of Peace (USIP), said: “The world has acknowledged Secretary-General (Antonio) Guterres’s statement that ‘the fury of the virus illustrates the folly of war’.

“USIP is pleased to collaborate on this timely initiative to equip practitioners and policymakers around the world with solid evidence to inform and bolster their efforts to build peace.”

Examples of continued conflict include ongoing fighting in Yemen, while fighting in Libya has accelerated.

Researchers developed the Covid-19 ceasefire tracker to monitor the progress of ceasefires alongside live data on infection rates in each country.