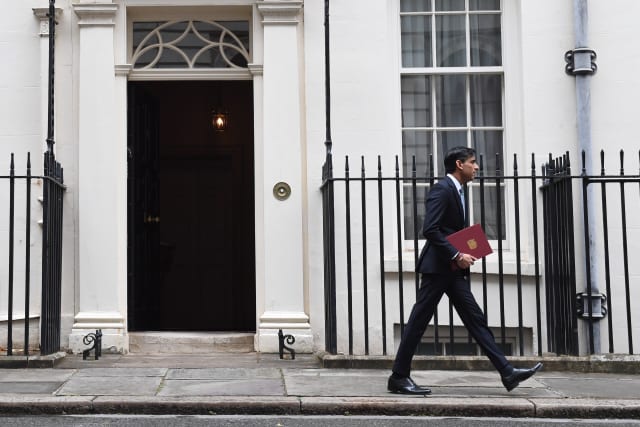 The Chancellor is outlining the measures he hopes will boost the ailing economy in the wake of the coronavirus lockdown.

Rishi Sunak’s summer update to the House of Commons comes as he faces pressure to assist those who are most at vulnerable to the effects of the financial crisis.

To support other people returning to work, the number of work coaches in JobCentres will be extended as part of £1.2bn for the Department of Work and Pensions.

Firms that take on trainees will get £1,000 in efforts to support 18-19-year olds leaving school or college to find work in high-demand sectors like engineering, construction and social cares

To support those aged under 25 moving into work, a Kickstart Scheme will offer training and support to find a permanent job.

If employers meet conditions, the wages of each “kickstarter” will be paid for six months. The Chancellor urged every employer, “big or small, national or local, to hire as many Kickstarters as possible”.

The fund will include an initial £2 billion; enough to fund hundreds of thousands of jobs, he said.

A new scheme will see employers who bring back a furloughed employee and keep them in work til at least January will be paid £1,000 for each staff member in that situation.

He added: “Its vital people aren’t just returning for the sake of it – they need to be doing decent work. So for businesses to get the bonus, the employee must be paid at least £520 on average, in each month from November to the end of January.”

Mr Sunak said those measures were part of the first phase of plans for recovery, “and the second phase – the phase we are addressing today – is about jobs…

“There will come a third phase, where we will rebuild. The PM has set out our vision to level up, unite the country, spread opportunity, and repair and heal the wounds exposed through this crisis.”

Mr Sunak said the UK faces “profound economic challenges”, and that the economy contracted by 25% in two months.

He outlined highlights of the Government’s £160bn plan to protect jobs, incomes and businesses – including the job retention and self-employment schemes and measures for businesses including tax cuts, tax deferrals, direct cash grants, and over a million government-backed loans.

“Analysis I’m publishing today shows our interventions significantly protected people’s incomes, with the least well off in society supported the most.

“And this crisis has highlighted the special bond which holds our country together. Millions of people in Scotland, Wales and Northern Ireland have been protected by the UK Government’s economic interventions – and they will be supported by today’s Plan for Jobs. No nationalist can ignore the undeniable truth: this help has only been possible because we are a United Kingdom.”

The Chancellor introduced his Plan for Jobs, saying “Our plan has a clear goal: to protect, support and create jobs. It will give businesses the confidence to retain and hire. To create jobs in every part of our country. To give young people a better start. To give people everywhere the opportunity of a fresh start”.

The Chancellor begins his speech.

He said when he addressed the Commons in March, he said he “knew people were worried”.

“I know they’re worried still. We have taken decisive action to protect our economy. But people are anxious about losing their jobs, about unemployment rising.