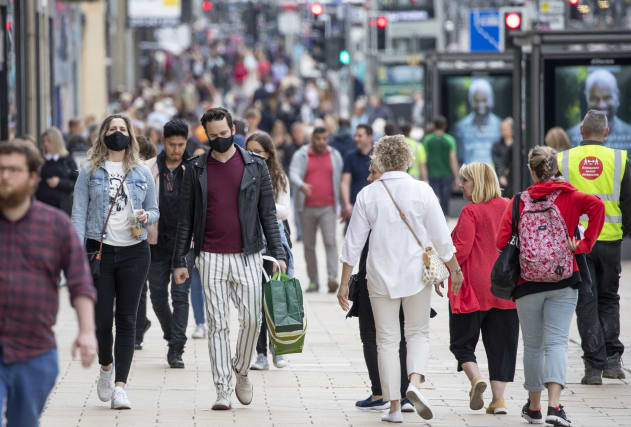 Placing hamsters on an aeroplane could be one way of examining whether coronavirus can be spread through airborne transmission, an infectious disease specialist has suggested.

He said scientists could use animal studies to test for the potential spread of the illness, an approach previously used for tuberculosis research.

Speaking at a Chatham House briefing on Wednesday, Prof Heymann argued that “epidemiological indicators” in some countries where people could move about in public did not point to an “increased transmission” that may occur if the virus was airborne.

His comments come after the World Health Organisation (WHO) acknowledged there is “emerging evidence” that Covid-19 could be spread through particles in the air.

More than 200 scientists wrote an open letter to the agency urging officials to recognise the possibility of airborne transmission of the virus.

Current guidelines from the WHO focus on the virus being spread primarily through droplets from the nose or mouth, which are expelled when an infected person coughs, sneezes or speaks.

The Geneva-based agency advises precautions to avoid these droplets, such as social distancing and regular hand washing.

But signatories of the letter, published in the Clinical Infectious Diseases journal, have called on health officials to update guidance to include measures which would mitigate the risk of airborne transmission, such as providing sufficient ventilation, to minimise recirculating air, and avoiding overcrowding – particularly on public transport.

Prof Heymann said on Wednesday: “What we believe is that there is a possibility that there is this airborne transmission in enclosed spaces, that an air conditioning unit, especially one on the wall, might be able to pick up an aerosol, and then spit it back out, if it’s not filtered, into the room and circulated throughout the room.”

But he emphasised that the WHO was waiting to examine the results of ongoing studies in this area.

“One of these is to put an animal that can be infected with this virus into various places around rooms in hospitals or wherever, to see if those animals are being infected, and that’s being done with hamsters,” he said.

“In the past it was done for tuberculosis with guinea pigs, the hamsters can be infected with this virus, and there are actually cages sitting around in their various parts and experiments that are being done by academic institutions that will give us information as to whether or not this virus is spreading in aerosols, in airborne transmission.”

Asked if there was any evidence of airborne transmission occurring beyond theoretical studies, Prof Heymann said there was “some anecdotal evidence” of physically distanced people becoming infected in a restaurant in China.

“And one of the hypotheses is that this was the air conditioning unit,” he said.

But citing examples of countries with low reproduction rates of the virus, such as Switzerland, Prof Heymann said: “There’s not been any indication that this is just airborne and spreading in the community so that if you walk down the street you could be infected.”

He warned that if the virus was airborne, people’s eyes would be “even more at risk of being an entry point for the virus”.

But Prof Heymann said people should not think that wearing a face mask would protect them outdoors from any type of infection, which could only be done through full personal protective equipment (PPE).

He also argued: “If there is airborne transmission we need to better understand it before we can put interventions in place.”

Prof Heymann added: “What we don’t know yet, is whether this virus can get into air systems on an airplane or into air systems, in an air conditioning system in a restaurant for example, but there’s no evidences yet that shows that it does.

“And so, collecting that evidence over time, maybe doing experiments, maybe putting guinea pigs, or hamsters rather, on airplanes and flying them around with airborne transmission might be a way of showing those things, but these are complex studies which need to be developed in order to understand, and this is observation.”

He said SARS (severe acute respiratory syndrome) coronavirus did not transmit through circulating air, albeit had a different means of reproduction in the lungs, while tuberculosis does not transmit on aeroplanes.

Prof Heymann said that, in the absence of evidence of airborne transmission, individuals should choose to fly based on their own perception of risk and follow airline guidelines.

Brexit briefing: 147 days until the end of the transition period

Port officials under house arrest after explosion in Lebanon’s capital