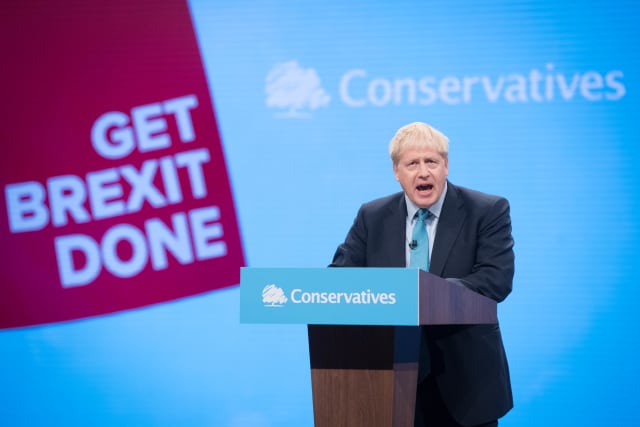 Boris Johnson’s first Tory conference since his landslide election win is to take place largely online due to coronavirus.

The Conservative Party conference, which was due to be held in Birmingham in October, will now be a virtual event.

Conservative co-chairmen Amanda Milling and Ben Elliot said they still hope “some aspects” of the conference can go ahead “in the physical format”.

In a letter to members, they wrote: “Party conference is a highlight of the political calendar and we know many people will be disappointed if they can’t attend conference in person.

“Whilst we hope we will be able to host some aspects in the physical format, we would only do so if allowed by Government guidelines and following the strictest safety guidelines.”

Labour has already cancelled its party conference, which was due to be held in Liverpool in September, and will replace it with online events.

The Liberal Democrats have announced similar arrangements for their gathering, which had been scheduled to take place in Brighton in September.