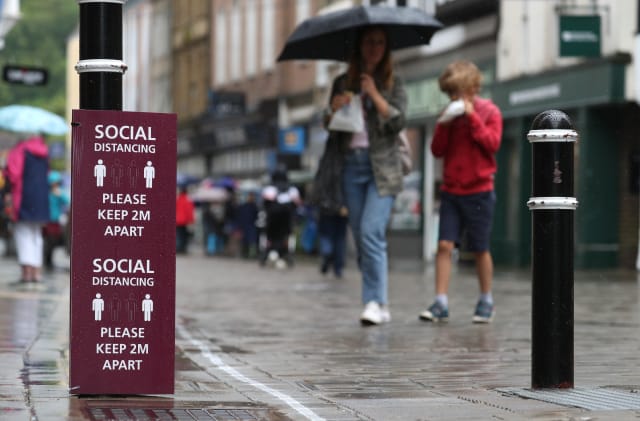 Footfall in UK towns and cities grew sluggishly over the past weekend despite the reopening of pubs and restaurants.

New data from the British Retail Consortium (BRC) revealed that footfall at shopping areas increased by 9.2% on “Super Saturday” against the previous Saturday, representing the smallest increase of any day over the past week.

Total footfall for the seven days to July 4 increased by 15.3% against the previous week, as high streets and shopping centres reported higher increases than retail parks.

The data showed that UK footfall was 49.6% lower than the same week last year, as retailers continue to be weighed down by the coronavirus pandemic.

The figures for the third week of reopening in England and Northern Ireland show a modest improvement from a 53.4% year-on-year decline in the previous week.

Footfall on high streets is down 55.7% against the same period last year, while shopping centres have reported a 56.1% decline.

Retail parks have performed more strongly, reporting a decline of 24.6% against the same week last year.

Helen Dickinson, chief executive of the BRC, said: “The reopening of pubs, cafes and other hospitality businesses this Saturday does not appear to have benefited shops much, with the Saturday showing more modest growth than the days prior to these locations reopening.

“By European standards, the UK’s recovery remains slow, and while safety measures introduced by retailers have been well received by customers, many shoppers are still reluctant to visit physical shopping locations.

“It remains a long way back to normality for the retail industry; two weeks after most shops reopened in England, footfall is still only half what it was a year ago.”

Andy Sumpter, retail consultant at ShopperTrak, said: “Last week saw one of the last pieces of the retail recovery puzzle fall into place as England opened up its hospitality sector.

“Understandably there is a lot of noise around pubs opening their doors, but retailers and property owners will be far more interested in seeing an uplift in traffic as a consequence of cafes and restaurants reopening.

“This didn’t really happen on Saturday, with a modest week-on-week gain of 9.2%.”