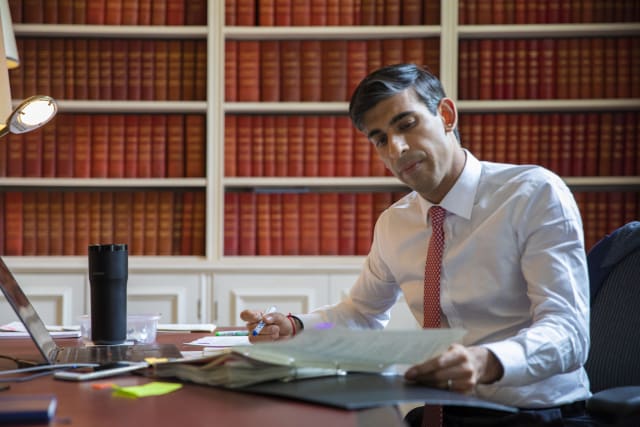 Chancellor Rishi Sunak will unveil a £2 billion scheme aimed at alleviating youth unemployment by subsidising work placements when he sets out his coronavirus recovery package.

A three-point plan to boost the ailing economy by helping job creation will include a plan to help pay for six-month placements for some young people facing long-term unemployment.

Mr Sunak will set out the measures in his summer economic update in the House of Commons on Wednesday, as he faces pressure to assist those who are most at risk from a financial crisis.

The Treasury acknowledged that young people are more likely to be furloughed under the job retention scheme which is being wound up and is due to end in October.

So a “kickstart scheme” hoped by the Treasury to create hundreds of thousands of jobs will be unveiled for 16 to 24-year-olds claiming Universal Credit and at risk of long-term employment.

Government funding would cover 100% of the minimum wage for 25 hours a week across Great Britain, with bosses able to top up wages.

Ahead of the announcement, Mr Sunak said: “Young people bear the brunt of most economic crises, but they are at particular risk this time because they work in the sectors disproportionately hit by the pandemic.

“We also know that youth unemployment has a long-term impact on jobs and wages and we don’t want to see that happen to this generation.

“So we’ve got a bold plan to protect, support and create jobs – a plan for jobs.”

Labour’s shadow chancellor Anneliese Dodds said the Government is “yet to rise to the scale of the unemployment crisis” and said the priority should be to abandon its “one-size-fits-all” approach to ending the job retention and self-employment schemes.

“In addition, older people who become unemployed, and those living in particularly hard-hit areas, will also need tailored support,” she added.

Lib Dem leadership candidate Layla Moran said the package “will sadly be too little too late for many of the corona class of 2020”.

“Eighteen-year-olds could be left being paid just £161 a week under this scheme, which in some parts of the country would barely cover rent and transport costs,” she added.

However, the general secretary of the Trades Union Congress, Frances O’Grady, welcomed the measure as a “good first step” to prevent mass youth unemployment.

“But we’ll be checking the small print to ensure every job provides proper training and a bridge to steady employment,” she added.

And Confederation of British Industry director-general Dame Carolyn Fairbairn said the plan “will be a much-needed down payment in young people’s futures”.

“By investing in skills, the Government can lessen the potential scarring impact of the pandemic for the next generation,” she added.

Among the job measures already announced are a £111 million scheme for firms in England to get a £1,000 bonus if they offer unpaid traineeships.

Mr Sunak will also detail a £3 billion green package with grants for homeowners and public buildings to improve energy efficiency.

It will include £2 billion for households to insulate their homes and make them more energy-efficient, but campaigners said the funding pales in comparison to the economic and environmental crises.

There has also been speculation that Mr Sunak will raise the threshold for stamp duty payment for property sales where it applies in England and Northern Ireland from £125,000 to £500,000.

But housing market experts have argued home-buyers in southern England will stand to benefit the most from the move.

Mr Sunak has also been urged to consider an emergency VAT cut to stimulate consumer spending.