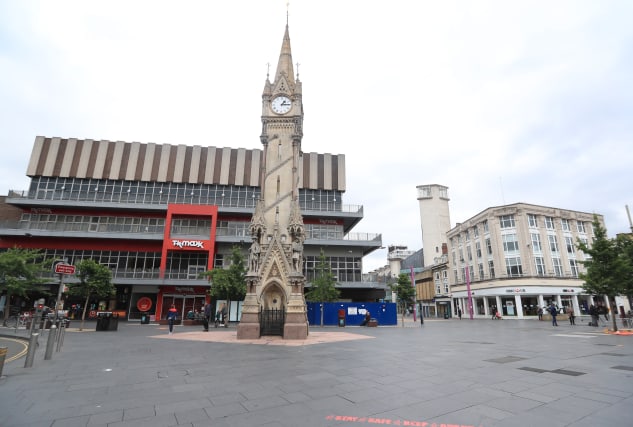 The coronavirus rate in Leicester is falling since the city was placed into a local lockdown, Health Secretary Matt Hancock told MPs.

The seven-day infection rate in the city has fallen from 135 cases per 100,000 people to 117, he said, underlining the importance of the “difficult but vital” decision to impose a lockdown.

Mr Hancock also praised the actions of three pubs in England which have shut after cases were identified among their drinkers following the reopening of bars on Saturday.

The Lighthouse in Burnham-on-Sea, Somerset, the Fox and Hounds in Batley, West Yorkshire, and The Village Home in Gosport were “doing the right thing by their customers and by their communities”.

“This is NHS Test and Trace working precisely as intended,” he said.

“Three pubs shut so that others can be open.”

Shadow health secretary Jonathan Ashworth – a Leicester MP – asked what would trigger the lifting of the lockdown in the city.

Mr Ashworth said in Germany, lockdowns were lifted when cases got down to 50 per 100,000 people.

Mr Hancock said 14 days of data were needed and the next steps would be announced on July 18.

He would not give a specific figure for lifting the lockdown “because both the level and the rate of change matters”.

“If the level were lower but it was going up, that could be a worse situation than a higher level that is under control and falling,” he added.

Mr Ashworth also called for increased testing of health staff, saying: “We have now got a position in this country where Premiership footballers are tested twice a week but NHS staff are not routinely tested.”

The Labour frontbencher also said people were “insulted” by Boris Johnson’s “crass” remarks on Monday which appeared to blame care homes for not properly following procedures.

The Health Secretary sought to defend the Prime Minister’s comments, insisting that “the correct procedures were not known” because not enough was known about the virus at early stages of the outbreak.