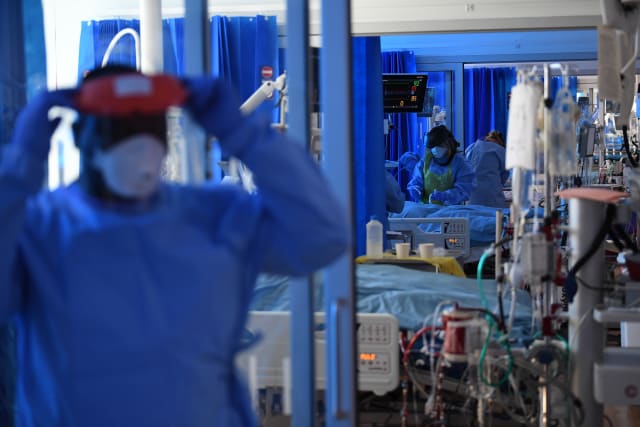 The Government still does not have “robust” plans in place to ensure hospitals and care homes have the personal protective equipment (PPE) they need in the event of a second wave of Covid-19, MPs have warned.

Amid fears of a renewed outbreak of the disease over the autumn and winter, the cross-party Commons Public Accounts Committee said the Department for Health and Social Care (DHSC) is not treating the issue with “sufficient urgency”.

It called on ministers to come forward with a detailed plan within two months, setting out how they intend to keep the NHS and the care sector fully supplied in future.

The latest warning follows widespread reports of PPE shortages during the first months of the pandemic putting staff and patients at risk.

The DHSC insisted it had never run out of PPE stock nationally but acknowledged that the crisis had put supply chains and distribution networks under “unprecedented strain”.

The committee said: “We are extremely concerned by the widely reported shortages of personal protective equipment faced by NHS and care workers during the Covid-19 pandemic.

“Although the department says it is committed to building up PPE stocks to meet longer-term demand, we are not convinced that it is treating the matter with sufficient urgency or that the procurement is robust enough.

“It is absolutely vital that the same problems do not happen again in the event of a second wave.”

In particular, the committee said the governance arrangements for procuring and distributing PPE are “unclear” while “uncertainty prevails” around future local provision.

“The department should write to the committee within two months to clarify its governance arrangements and outline at what point in the future it expects to have a predictable supply of stock and ready access to PPE supply within the NHS and care sectors,” it said.

“This should include detail on the roles and responsibilities for the procurement and distribution of personal protective equipment across NHS and social care settings.”

Although the Government had provided the NHS with “significant” additional funding for the NHS during the crisis – including writing off £13.4 billion of loans – the committee said it still has not addressed the underlying problems of financial sustainability.

It said that NHS trusts and foundation trusts were faced with a combined net deficit of £827 million for 2018–19.

At the same time, performance against the 18-week waiting time standard was at its worst since 2009–10, with the number of people on the waiting list reaching a historical high of 4.23 million at the end of March 2019.

“There is no room and must be zero-tolerance for allowing the underlying funding problems to continue.”

The DHSC said the Government would continue to give the NHS “whatever it needs” to protect it for the future.

A spokesman said it did not accept the committee’s findings on the supply of PPE.

“We have been working around the clock to deliver PPE to the front line throughout this global pandemic, working with industry, the NHS and the armed forces to create a distribution network to supply over 58,000 settings,” the spokesman said.

“Two billion items of PPE have now been delivered and almost 28 billion items have been ordered from UK-based manufacturers and international partners to provide a continuous supply, which will meet the future needs of health and social care staff.”