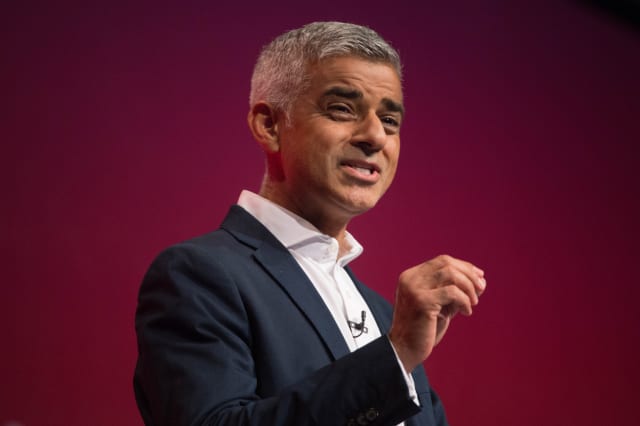 The Mayor of London has suggested that, if the capital had driverless trains, “brave Tube drivers” would not have been present to guide people to safety after the 7/7 bombings.

Sadiq Khan said passengers had been walked out of “deep Tube lines” after the terror attacks 15 years ago, something that “wouldn’t have been possible” if trains were without drivers.

His comments come after the Prime Minister said driverless trains should be a condition of a future bailout of Transport for London (TfL).

Speaking to Eddie Nestor’s Drivetime show on BBC Radio London on Tuesday, the mayor argued that Boris Johnson would have to address safety concerns and spend “a huge amount of money” to make changes to tracks, trains and signalling.

Referring to the 7/7 attacks, Mr Khan added: “Actually what we saw on that day was brave Tube drivers walking out passengers on the deep tube lines in many of those lines.

“If these trains were driverless that wouldn’t have been possible.”

The Government gave TfL a £1.6 billion package to continue running services after a collapse in revenue in May due to the coronavirus lockdown, but that funding will run out in September.

On a visit to the site of a future Siemens rail manufacturing facility in the East Riding of Yorkshire on Monday, Mr Johnson said: “You can run these trains without the need for somebody to be sitting in the driver’s cab the whole time.

“So what I will be saying to the London transport authority is let’s take advantage of this technological leap forward, let’s not be the prisoners of the unions any more, let’s go to driverless trains, and let’s make that a condition of the funding settlement for Transport for London this autumn.

“That’s the way forward for this country and we want to make use of the fantastic technology we’ve got and provide a better service for people in the capital and take the whole economy forward.”

Mr Khan added in his radio interview on Tuesday: “Before we get to trade unions, there are big issues that the Prime Minister needs to address if he is serious about driverless trains and I think the reality is it’s not possible unless the Government spends a huge amount of money, and bearing in mind the money involved, but also the safety concerns, and begs the question what would be the point?”

The mayor’s comments come after he joined in tributes being paid to the 52 innocent people who died in the 7/7 bombings at a memorial in Hyde Park on Tuesday morning.