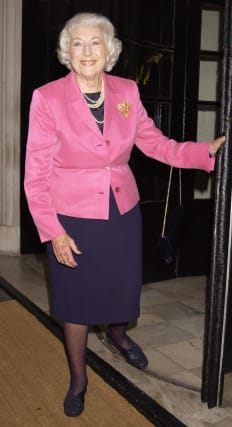 A private funeral service for Dame Vera Lynn will take place on July 10, it has been announced.

The singer, who entertained troops with morale-boosting visits to the front line during the Second World War, died aged 103 on June 18.

The cortege will leave her family home in Ditchling, East Sussex, and pause at the crossroads in the centre of the village to acknowledge her long association with the place and allow residents to pay their respects.

A flypast by the Battle of Britain Memorial Flight, consisting of a Spitfire and a Hurricane, will take place during the pause at midday.

The cortege will move on to the crematorium in Brighton where a tri-service route-lining party will wait outside the chapel, together with a military bearer party ready to receive the coffin.

A bugler from the Royal Marines will provide a musical tribute inside the chapel and the Ministry of Defence will be represented by a senior officer who, along with the bugler and the small family group, will be the only people to attend the funeral service.

The Queen referenced the title of one of Dame Vera’s most beloved wartime songs when she told the country, separated from family and friends during the coronavirus lockdown: “We will meet again.”

She was also fondly remembered for singing The White Cliffs Of Dover, There’ll Always Be An England, I’ll Be Seeing You, Wishing and If Only I Had Wings, to help raise British spirits during the Blitz.