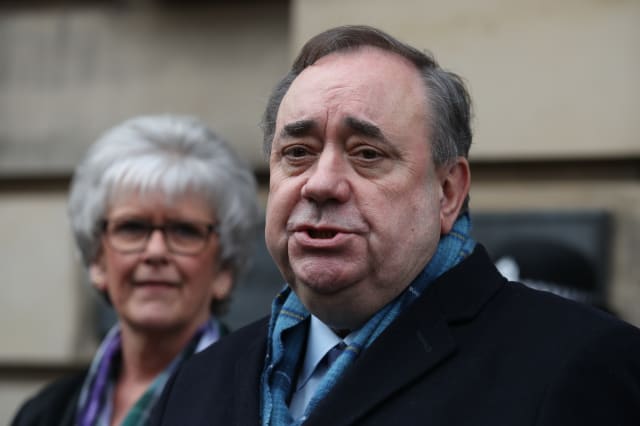 Questions have been raised over the “relevancy” of witnesses listed by a former UK diplomat accused of possible contempt of court in relation to the Alex Salmond trial.

Craig Murray, a former UK ambassador to Uzbekistan, attended two days of the case in March, sitting in the public gallery, and wrote about it on his website.

The former first minister was cleared at the High Court in Edinburgh of 13 sexual assault charges involving nine women.

Proceedings were then launched against Mr Murray “in relation to a potential contempt of court”.

Advocate depute Alex Prentice QC raised concerns over the relevancy of witnesses listed by the former diplomat at a virtual procedural hearing on Tuesday.

Judge Lady Dorrian said she was “surprised to see a list at all” then asked Mr Murray’s lawyer John Scott QC about their relevancy to the case.

He said: “The witnesses touch upon the issue of jigsaw identification, I also proposed to have affidavits prepared for the witnesses.

“The statements could be made available this week, the affidavits will be prepared on the basis of the statements and that would allow parties to focus submissions on issues of relevance and the like ahead of a further procedural hearing when these decisions could be made.”

Mr Prentice told the virtual court he had “some issues to raise” over what those witnesses have to say.

He added: “Mr Scott and I have discussed what we thought would be of assistance to the court would be to have parties be very very clear on the scope of the evidence, whether it be documentary evidence, agreed evidence or indeed affidavits or oral testimony.

“On the face of it, some of the witnesses appear to say things – that in my submission will be – which are not relevant to the issue of whether there was a substantial risk arising in this case.”

Mr Prentice then urged Lady Dorrian to remind observers about the dangers of contempt of court in relation to this case.

He added: “I say that because the respondent has posted parts of the Crown’s submission online for public viewing and made a comment to the effect warning people not to identify individuals.

“That post does not appear to address the wider issue of the identification by implication and therefore my submission is that it may be necessary just to remind everyone that that order remains.”

Lady Dorrian said she was “content” to do that and continued the case – which also appeared before judges Lord Glennie and Lord Turnbull – to the full hearing on October 22 and 23, with a further procedural hearing to be agreed “in due course”.