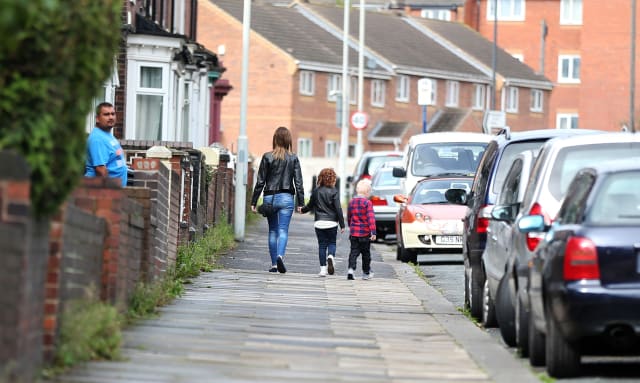 An evangelical Christian fostering agency which only places children with heterosexual married couples must allow gay men and lesbians to foster as well, a judge has ruled.

Cornerstone (North East) Adoption and Fostering Service took Ofsted to court over the watchdog’s finding, in an as-yet unpublished report, that the agency discriminates by only working with evangelical Christian carers in mixed-sex marriages.

In a judgment handed down on Tuesday, Mr Justice Julian Knowles ruled that Cornerstone’s insistence that applicants are evangelical Christians does not breach the Equality Act.

But he said its policy does breach the act “insofar as it requires applicants to refrain from homosexual conduct”.

The judge said his judgment meant that Cornerstone “must change its recruitment policy to allow gay men and lesbians who are evangelical Christians to apply to become prospective foster parents and it cannot lawfully refuse to do so”.

His full judgment said: “It hardly needs be said, but I categorically reject any suggestion that gay men and lesbians cannot make wonderfully loving foster and adoptive parents, whether they are single or in same-sex partnerships.”

Cornerstone, which is a small independent fostering and post-adoption support agency based in Sunderland, said the judge had vindicated its legal action against the watchdog by upholding its right to recruit only evangelical Christians.

It said it would consider an appeal on the sexual orientation ruling.

The agency was inspected by Ofsted last year and its fostering work was subsequently downgraded from “good” to “requires improvement”, the High Court in Leeds heard in May.

The court was told that this was because its selection process for foster carers was “not inclusive and it does not comply with the requirements of the Equality Act 2010”.

But Cornerstone claimed Ofsted had engaged in “regulatory overreach” and argued that the watchdog is “not a champion for equality, diversity and the protection of human rights”.

Sir James Eadie QC, for Ofsted, told the court: “It is clear that they are discriminating.

“The IFA (independent fostering agency) does not recruit foster carers who are homosexual, in a nutshell.

“They are directly discriminating, we submit, on grounds of sexual orientation.”

Speaking after the judgment was handed down, Cornerstone’s chairwoman, the Rev Sheila Bamber, said: “The judgment justifies our decision to pursue this legal action. Our right to support Christian families in providing the best possible outcomes for vulnerable children and young people has been upheld.

“But I am saddened that the fundamental place of biblically based Christian marriage in our beliefs has not been recognised. We will carefully and prayerfully consider how to continue our vocation and work to create forever families.”

Ofsted chief inspector Amanda Spielman said: “We are pleased with the outcome of this case.

“The court agreed that Cornerstone independent fostering agency’s recruitment policy discriminates on the grounds of sexual orientation and is unlawful.

“As a public body, Ofsted has a duty to consider whether the organisations we inspect comply with equality and human rights law. This outcome offers much-needed clarity in what is a difficult, complex area of law.”