Lloyds boss to step down after decade at the top 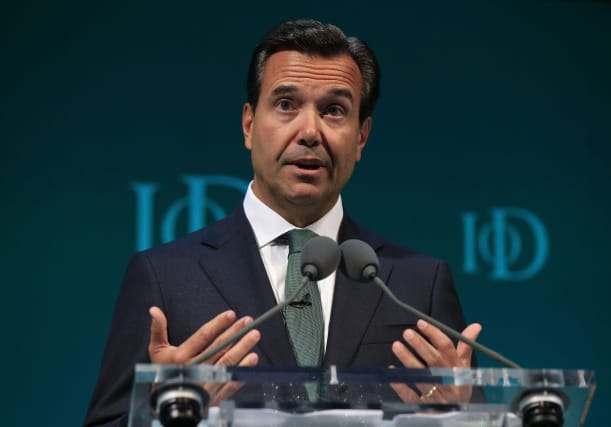 The boss of Lloyds bank is due to step down by the middle of next year after a decade in the top job.

Antonio Horta-Osorio, who was once Britain’s best-paid banking boss, said he will leave at the end of June 2021, hopefully giving the coronavirus crisis enough time to settle down before a new boss has to take over.

He said: “It is, of course, with mixed emotions that I announce my intention to step down as chief executive of Lloyds Banking Group by June next year.

“I am lucky to have had the support of a superb board and executive team on whom I will continue to rely as we complete our current strategic plan, transforming the group into the bank of the future.

“Everyone at Lloyds has unified around our purpose of ‘Helping Britain Prosper’, and our customers and communities are seeing our commitment to that now, more than ever.”

The bank also said it has found a new chairman in Robin Budenberg, who will take over when Lord Blackwell retires.

Lord Blackwell had already announced that he would be stepping down, and will leave early next year.

Mr Budenberg plans to join the board in October this year, before replacing Lord Blackwell in 2021.

He was formerly chief executive of UK Financial Investments, which manages the Government’s stake in the banks it bought during the 2008 financial crisis.

He was appointed chairman of the Crown Estate in 2016, helping to manage a £14 billion portfolio. He will continue in this job, but step down from several others before becoming Lloyds chairman.

Lord Blackwell said: “I am delighted to welcome Robin Budenberg to the board as my successor. His knowledge of the group, combined with his broad experience in both financial services and other strategic advisory roles, give him an outstanding background to provide the board leadership required to support the continued transformation of the group.”

Mr Budenberg said: “Lloyds will play a vital role as Britain recovers from the current crisis. It is a great honour and challenge to take on the role of chair at this time, and I hope to continue Norman and Antonio’s work, initially alongside Antonio, in pursuing Lloyds’ core purpose of Helping Britain Prosper and in building the culture of the bank in order to support that purpose.”