Hundreds of pregnant women ‘unaware of the risks’ of drug 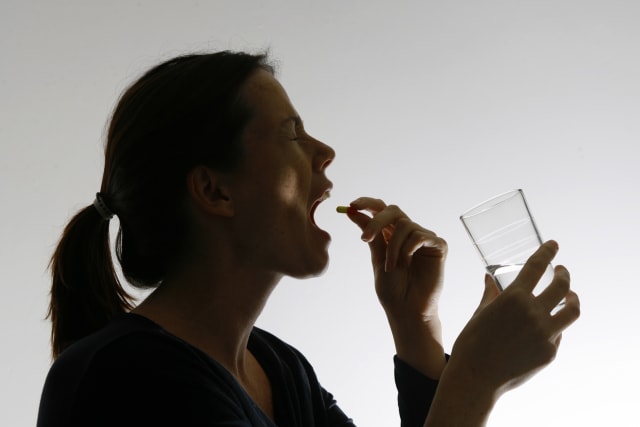 Hundreds of babies are being born each year to mothers “unaware” of the risks that the medication they are taking could be harmful to a foetus.

Some women who take the anti-epileptic drug sodium valproate are falling pregnant “without any knowledge” of the risks of the medication, according to a review.

Sodium valproate has been linked to serious birth defects and learning difficulties among babies born to women who take the drug during pregnancy.

It has been estimated that 20,000 Britons have been affected after being exposed to the drug as developing babies.

“Women are still becoming pregnant whilst on valproate without any knowledge of the risks,” the review states.

“This means that babies are still being born today – estimates suggest hundreds a year – exposed to sodium valproate despite the teratogenic [a medicine harmful to a developing foetus] risk being well recognised and undisputed.”

The report of the Independent Medicines and Medical Devices Safety Review concludes that it took “too long” for the healthcare system to respond to concerns about the widely used medication.

Research suggests that 10% of unborn children exposed to the medication are likely to suffer physical birth defects such as spina bifida, hare lip and cleft palate, heart problems and limb defects, and 40% will have a developmental delay or autism.

The review adds: “The system does not know how to ensure every woman of childbearing age on sodium valproate is continuously monitored, advised of the risks and aware of the Pregnancy Prevention Programme. How then can the system minimise the risk of future babies being damaged by valproate taken in pregnancy?”

The review sets out how the drug was a known “teratogenic” – a medicine harmful to a developing foetus – in animals at the time of licensing.

“As data emerged on the risks of the use of sodium valproate over the decades, it took too long for action to be taken by the healthcare system to ensure that risks were minimised,” the report states.

“Women should have been warned, even if there were no alternatives, so that they could be better prepared.”

The authors said they heard from families who were not made aware about the the risks of treatment with sodium valproate during pregnancy.

“This prevented women from making informed choices about their treatment and family planning options and has led to life-long impacts on their families,” the review states.

“We have heard from many women that their doctors did not discuss these risks with them prior to their pregnancies, and in some instances, reassured them that their medicines were safe, or that problems their unborn baby may have could be ‘fixed’.”

Patient groups described how the whole health system was “slow to respond to emerging risks” about the drug.

“As concerns emerged about the risk of congenital malformations and neurodevelopmental effects warnings given to patients lagged behind that given to doctors,” the review states.

“Many women were not given enough information about the risks and benefits of their epilepsy treatment and family planning options to make fully informed decisions.

“It took over 40 years for the healthcare system to put into place measures to ensure that women were fully informed of the risk prior to becoming pregnant.”

The authors added: “The Pregnancy Prevention Programme (PPP) sets out the conditions under which all girls and women of childbearing potential should be treated with valproate.

“Despite these measures, hundreds of women are still becoming pregnant on valproate while unaware of the risks.”

One of the recommendations of the review calls for a registry of all women on anti-epileptic drugs who become pregnant.

Meanwhile, the NHS should write to all women “of childbearing potential” who are taking the drug – estimated to be around 27,000 women in the UK – asking them to see their GP for a medicine review.

The review calls for an apology and support for those who have suffered harm.

Susan Cole, from the campaign group Valproate victims, said: “It’s quite overwhelming to me that 50 years after valproate was first used we have at last been heard.

“This review should be shaking up the pharmaceutical industry and addressing the harm done but it has shown to have been bogged down against its will, in addressing the inadequate systems within the UK’s healthcare bodies and organisations.

“Our wishes for a system of redress that puts power into the patient’s hands have not been granted. Instead we will have a discretionary payments scheme and ask for funds to help us travel to appointments and for respite. That is not the autonomy that our families had hoped for.

“The Review will be setting up a Patient Safety Commissioner. We welcome this proposal and we will work with them to ensure it’s the best system it can be to prevent future harm.”

Epilepsy Action deputy chief executive Simon Wigglesworth added: “Nothing can undo the avoidable harm and distress that has been caused by the decades of government silence and inaction.

“However, with the publication of the report and these recommendations, we can now start to move forward.

“As well as providing support to those families already affected, it is important to ensure that all women and girls taking this medication are aware of the risks, and able to make an informed choice about whether or not to take valproate.”

Emma Friedmann, campaign director at FACSaware, said: “We must now ensure that those harmed by pharmaceutical products have access to justice to hold those responsible to account.”