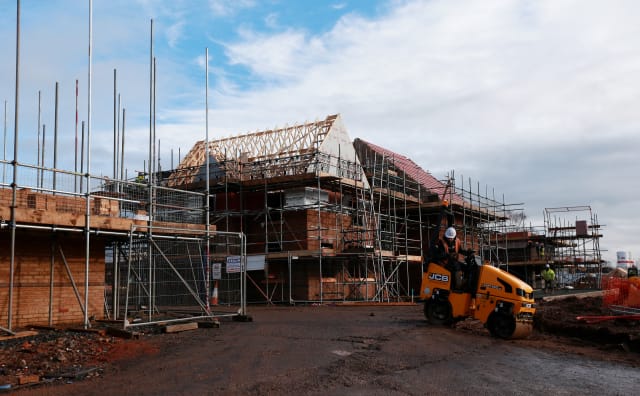 Barratt Developments has promised to repay the Government all the furlough money it claimed to cover the salaries of its staff while they were unable to work.

The house-builder said its finances are good enough to repay the salaries of around 6,700 workers who were sent home during the pandemic.

Barratt had already topped up the pay for its furloughed employees, who represented around 85% of the builder’s workforce.

They have all now returned to work, barring a few vulnerable members of staff who are shielding.

Barratt said all its operational sites reopened by June 30, after having been closed for several months.

However, the lockdown has not left Barratt untouched.

The number of new homes completed in the year to June 30 dropped by nearly a third to 12,604, the company revealed.

Customers have flocked back since its sales centres reopened, though reservation levels have yet to return to normal.

Chief executive David Thomas said: “Prior to the Covid-19 pandemic, the group was delivering a strong year of progress on both volume and margin. The pandemic has caused significant disruption, but our highly skilled and experienced team have shown incredible resilience, flexibility and commitment, both through the peak of the crisis and in the careful reopening of our sites.

“Now, with our construction sites operational across the UK, we begin the new financial year with cautious optimism, supported by our strong forward order book and our well capitalised balance sheet.”

Shares rose around 6.2% after the announcement on Monday morning.

AJ Bell investment director Russ Mould said: “Any kind of optimism is welcome in the current climate, cautious or otherwise, so the tenor of today’s trading update from Barratt Developments struck a chord with the market.

“This optimism is not founded on thin air. The company has a growing order book, has seen high customer interest levels since the reopening of its sales centres, and it now has all its sites up and running.

“There was some bad news to balance out the good in Barratt’s statement – inevitably completions were down in the 12 months to the end of June and the average asking price also fell.

“Dividends remain off the table, but it doesn’t appear as if the market was expecting anything different on that score.”