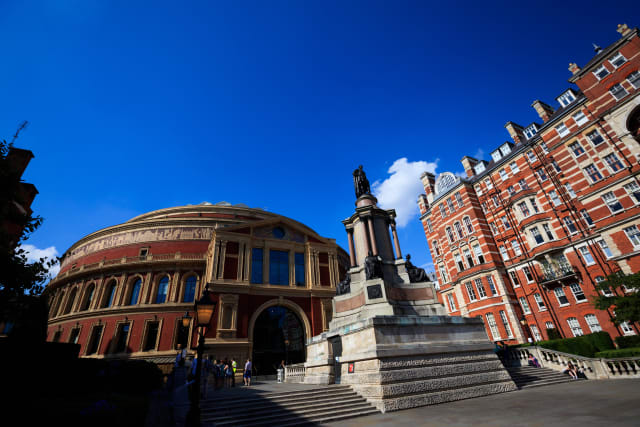 The Midlands town of Willenhall has had the fastest-moving property market since house sales have been able to take place once more, according to analysis.

Rightmove looked at areas in England where at least 100 new listings were added to its website between May 13 and July 1.

It found that more than half (55%) of all newly listed properties for sale since the market reopened for business have already found a buyer in the market town of Willenhall, making it the fastest-moving property market in England.

At the other end of the spectrum, properties in parts of central London have been the slowest to shift.

In South Kensington and Paddington, where the average property price tag is £2 million and £1.2 million respectively, homes have been the slowest to shift since restrictions around property sales which were put in place due to coronavirus eased.

South Kensington is the slowest market, with 4% of new listings selling so far, followed by Paddington with 5%.

Rightmove said buyers in Willenhall have been attracted by an average asking price of £171,506.

Gary Williams, partner at Skitts Estate Agents in Willenhall, said: “We’ve had sales going through quickly for all parts of the market over the past few weeks from first-time buyers to bigger family homes, with three and four-bed homes most in demand.

“It helps that it’s an affordable area so people are choosing it as a location where they can buy a bigger place but still be able to commute into Birmingham in under half an hour if they need to.

“There’s definitely a sense from some people that they’ve been thinking about moving for a long while and being in lockdown has given them the motivation to actually make the move now.”

After Willenhall, Runcorn in Cheshire was identified as the next fastest-moving property market, with 54% of homes having been matched with a buyer.

Damian Morris-Adams, managing director of Adams with branches in Runcorn and Widnes, said: “Our branches have seen exceptional activity levels since the housing market reopened. In June, we agreed 61% more sales than during the same period in 2019.”

Rightmove’s commercial director Miles Shipside said: “Space, gardens, new lifestyles and escaping big cities, that pretty much sums up what we’ve been seeing from buyer demand since the market reopened in England.

“I can’t see there being a mass exodus from the capital but it does look set to be much more challenging for sellers of more expensive properties in zone one and parts of zone two who are looking to sell quickly, as people instead look further out to the end of the Tube line to places like Walthamstow.

“The bounce back has been quite remarkable in many parts of the country, and agents in areas where new instructions are selling like hot cakes will likely have been struggling to cope with the demand, especially with safe viewing procedures also in place.”

“Families with equity already built up are in a much better position than a number of first-time buyers who are trying to find a mortgage deal they can afford, which is even more difficult if they’re looking to buy in one of the more expensive areas.”

James Bostock, a valuer at Central Estates, said: “Walthamstow has always been a popular location for young professionals and families alike but since our reopening back in May, the property market is stronger than ever, it feels comparable to a mini boom.

“The past two months have been our busiest and most successful of the last year. There is definitely a strong desire from both buyers and sellers to get moving.”

Here are the fastest-moving markets in England, according to Rightmove, with the percentage of newly listed properties that have found a buyer and the average asking price:

Here are the slowest-moving markets in England, according to Rightmove, with the percentage of newly listed properties that have found a buyer and the average asking price: