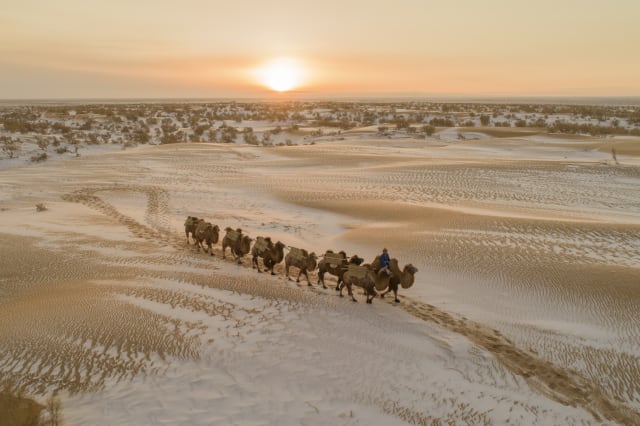 A health warning has been issued after China reported a suspected case of bubonic plague in Inner Mongolia.

The patient is a herdsman and the case was discovered in the city of Bayannur, state media reported.

He is said to be in a stable condition and remains in quarantine.

Authorities in the city issued a level 3 warning, the second-lowest in a four-tier alert system.

The alert forbids the hunting and eating of animals that could carry the plague.

In May last year, a couple died in Mongolia from bubonic plague after eating raw marmot. In 2018, a boy in the US contracted the disease.

Bubonic plague, one of the types of plague, causes swollen lymph nodes along with fever and coughing.

READ MORE: NHS workers 'should be rewarded' for coronavirus hardships

There were four reported human cases of plague in Inner Mongolia last November.

The bubonic plague, known as the Black Death during the Middle Ages, is highly infectious and spread mostly by rodents.

The Black Death caused about 50 million deaths in Africa, Asia and Europe during the 14th century.