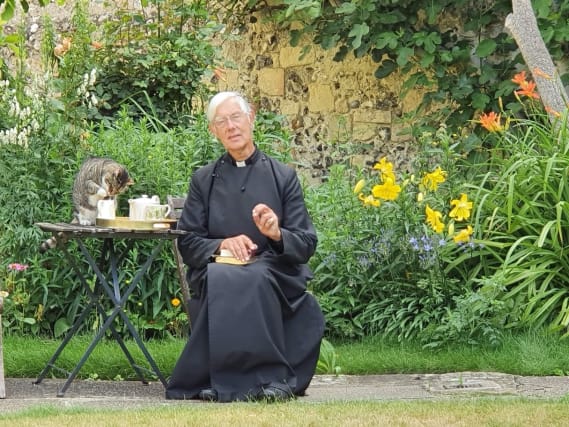 Tiger the cat is seen leaping up to the Very Reverend Dr Robert Willis, Dean of Canterbury as he leads the service, lapping up his drink with a paw.

"We've acquired a friend this morning," Dr Willis said as Tiger helped himself to the refreshments.

Tiger is one of four cats at the Deanery, with another named Leo going viral a few weeks ago for disappearing into Dr Willis' vestments during a service.

The Cathedral has been uploading virtual prayer services as places of worship were closed during the UK-wide lockdown beginning on March 23.

It was reopened for visitors on Saturday July 4, and for services of worship on Sunday July 5.