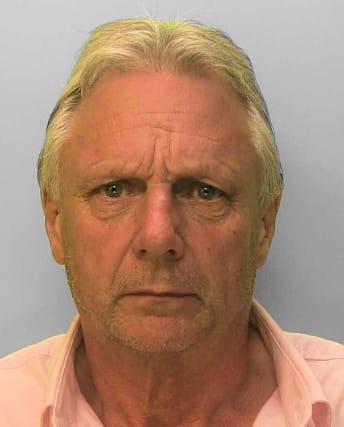 A “wicked” romance fraudster who asked women to marry him and cheated them out of hundreds of thousands of pounds has been jailed for 10 years.

Serial conman Richard Robinson groomed vulnerable women and convinced them to put their houses on the market, a court heard.

One of his victims described a “campaign of manipulation and deceit” that included Robinson marching her into a building society to transfer funds within hours of burying someone she had cared for.

When she received a letter from another woman, to whom he had been engaged, Robinson went into a tirade saying “All women are f****** bitches”.

That woman was a mother-of-two he met on dating website Plenty Of Fish on Boxing Day, whom he had conned into selling her home before leaving her without water and heating.

Robinson, also known as Gary Rogers, told the court that he had not targeted the women and had genuinely cared for them.

The 67-year-old was sentenced for his latest crimes at Hove Crown Court on Monday after previously being jailed in Wales in 2013 for other romance frauds.

The prosecution said the staggering figures conned out of the two women for the latest offences were more than £210,000.

The court heard that one of Robinson’s victims was a registered carer who had been caring for a vulnerable man for 15 years.

Robinson showered her with “messages of affection” and they commenced a relationship.

When the man she had been caring for died, she was left “frazzled and deeply upset”.

This did not stop Robinson taking her to a building society “within hours” of the funeral and to her bank the next day to facilitate the transfer of funds to him.

In a moving statement read out by the prosecutor, the woman told the court: “I feel utterly violated.

“I will never be the same again.”

She described Robinson’s actions as a “campaign of manipulation and deceit” and said he “manipulated my isolation and vulnerability”.

Robinson’s other victim, whom he convinced to sell her home in Haywards Heath, West Sussex, and pay the funds into his account, said she felt “betrayed”.

In her statement, she said: “He left me with no water, no heating.

“My hopes and dreams are not just taken, he turned them into weapons against me.

“(We) trusted him and he’s taken everything from us.”

The court heard that a third woman had put her house on the market and was engaged to marry Robinson but police alerted her in time.

Defence barrister William England cited his client’s guilty pleas to the fraud and theft matters and read out a letter in which Robinson expressed his remorse.

Judge Paul Tain, however, said there was “no marker whatsoever to demonstrate remorse” other than the letter.

He continued: “The two victims were manipulated and manoeuvred, deviously victimised by a confidence trickster whose primary purpose was to extract from them everything that he possibly could.

Judge Tain described the offending as “wicked criminality” and “abuse of trust of the worst sort”.

Robinson was sentenced for two charges of fraud and two charges of theft, to which he pleaded guilty, as well as a charge of witness intimidation and two counts of battery, of which he was convicted in his absence.

Robinson, of Red Hill, Camerton, near Bath, Somerset, was jailed for 10 years.