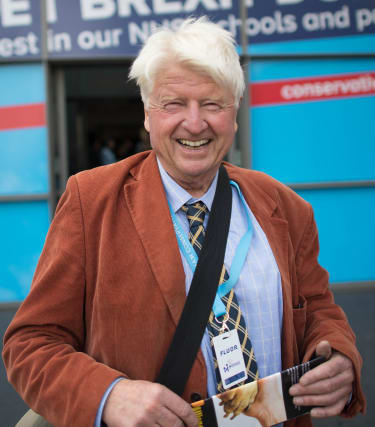 The Prime Minister's father, Stanley Johnson, has defended his decision to travel to Greece – and making social media posts regarding the journey.

The comments came after Boris Johnson's father posted a picture on social media of himself arriving in the country wearing a face mask.

The 79-year-old said he was visiting on "essential business" because he needed to "Covid-proof my property" ahead of the letting season.

Asked about social media posts, Mr Johnson senior told reporters on Saturday: "I didn't put them up... in a spirit of defiance, or anything like that."

Referring to his residence in Greece, Mr Johnson told reporters: "I came here to have a quiet time, to organise the house.

"I think I'm going to go back on July 10. So, I have just got one week to get everything organised. Got a whole lot of instructions about how to make the place Covid proof."

Asked if he had put his son, the Prime Minister, in a difficult position by travelling to Greece, Mr Johnson senior said: "I have read his answers and he is absolutely right to say... that, you know what... and I think... I am not going to talk about private conversations between family members... and, I am absolutely not going to talk about that."

Boris Johnson has refused to condemn his father for flying to Greece in apparent breach of Foreign Office guidance to avoid non-essential travel.

This was after Mr Johnson senior was widely criticised after reportedly travelling via Bulgaria – in order to avoid the ban on direct flights from the UK – to visit his Greek villa.

During an LBC radio phone-in, the Prime Minister repeatedly refused to say whether he was "disappointed" with his father's actions.

"I think you really ought to raise that with him. I am not going to get into details of family conversations," he said.