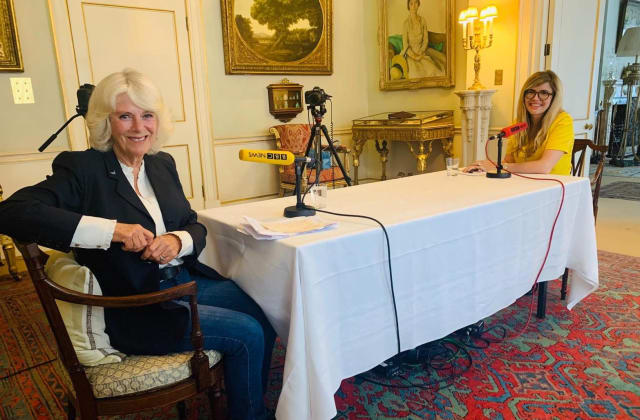 The Duchess of Cornwall will discuss life in lockdown, missing her grandchildren and how Charles is the fittest man she knows for his age in an upcoming radio interview.

Camilla is due to cover a wide range of topics as she undertakes her first-ever radio guest edit on BBC Radio 5 Live’s The Emma Barnett Show on Tuesday July 7.

The duchess will say how her husband, the Prince of Wales, remains in good shape despite catching Covid-19 earlier this year.

In a pre-recorded segment of the show, Camilla will say: “He is probably the fittest man of his age I know. He’ll walk and walk and walk.

“He’s like a mountain goat, he leaves everybody miles behind.”

The duchess will also talk about missing her grandchildren during lockdown and how she “shall look forward to the day” she can hug them.

“You’re so excited because you haven’t seen them for three-and-a-half months … Your first reaction is to run up and hug them, and you have to sort of put up your hands. It’s a very odd feeling,” she will say.

On the topic of the coronavirus lockdown, Camilla will talk about her fondness for wearing jeans and how she has familiarised herself with online video conference calling.

She will say: “I’m ashamed to say that I really hated the internet. I didn’t understand it and I thought, ‘what’s the point of this?’.

“Since lockdown, it’s been so brilliant because I’ve been able to communicate with family, my children, my friends.

“But it’s also taught children … otherwise children who aren’t at school what would they have done without it?”

Camilla said she had also been enjoying wearing jeans during lockdown, adding:  “I’ve been very, very happy with my jeans. It will be very hard to get out of them again. I think you get into a sort of way of life, don’t you?”

Her radio feature will also cover domestic violence, her passion to raise awareness about the issue and her involvement with the charity SafeLives.

Speaking about how she became involved with the domestic abuse charity, Camilla will recall hearing a story about a man who used a hammer to kill his wife.

“I don’t think any of us could believe what we were hearing. I could feel the tears starting to drip down my face,” the duchess says.

“It was so moving and so horrific that afterwards, I met her mother, a grandmother who had taken charge of the children.

“I just remember saying to her that ‘I don’t know what I can do, but if there’s anything, I promise you, I’ll try and find a way’. That’s really how it began.”

The Emma Barnett Show is on BBC Radio 5 Live every Monday to Thursday between 10am and 1pm.