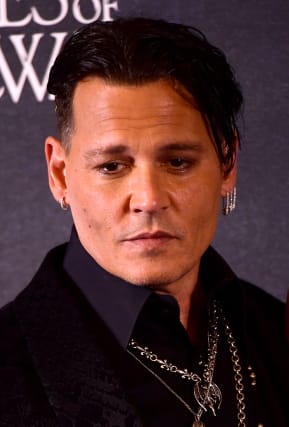 Johnny Depp’s lawyers have failed in a bid to stop his ex-wife Amber Heard attending his High Court libel trial against The Sun until she is called to give evidence.

The 57-year-old actor is suing the tabloid’s publisher, News Group Newspapers (NGN), and its executive editor Dan Wootton over an April 2018 article which referred to Mr Depp as a “wife beater”.

The article related to allegations made against Mr Depp by actress Ms Heard, 34, that he was violent towards her during their marriage – claims he strenuously denies.

The high-profile trial is due to start on Tuesday after a last-ditch attempt to throw the case out of court by NGN’s legal team was refused earlier this week.

The Hollywood star’s lawyers applied on Friday for Ms Heard to be excluded from the trial until she gave evidence, arguing that her evidence would be more reliable if she was not present in court when Mr Depp was being cross-examined.

But, in a court order published on Saturday, trial judge Mr Justice Nicol refused the application, saying that excluding her from the hearing “would inhibit the defendants in the conduct of their defence”.

The judge noted that it was NGN and Mr Wootton – not Ms Heard – who was defending the claim, but said that “they rely heavily on the information which Ms Heard can provide”.

He added: “She (Ms Heard) will not be in a position to give instructions to (NGN’s lawyers), but she can provide information on which the defendants may choose to act.

“There is a benefit to the defendants in her being able to do that near instantaneously in the course of Mr Depp’s cross-examination and, in my view, it would be unfair to the defendants to deprive them of that advantage.”

The last-minute application to exclude Ms Heard from the hearing before she gives evidence is the latest pre-trial skirmish in an increasingly bitter battle between the two legal teams.

Last week, NGN’s lawyers applied to strike out Mr Depp’s claim over the star’s failure to disclose the “Australia drugs texts” sent between Mr Depp and his assistant, Nathan Holmes.

The messages, sent in late February and early March 2015 – shortly before an alleged incident in Australia between Mr Depp and Ms Heard, which she claims was “a three-day ordeal of physical assaults” – demonstrated that Mr Depp was trying to get drugs during the Australia visit, Adam Wolanski QC said.

Mr Wolanski said the Hollywood star was in “serious” breach of a court order by not giving NGN’s legal team the messages containing references to “happy pills” and “whitey stuff”, which he argued was “profoundly damaging to his case”.

The barrister even accused Mr Depp and his lawyers of “a systematic attempt to pervert the course of justice” by deliberately withholding documents from NGN – a claim Mr Depp’s barrister David Sherborne called “outrageous”.

Mr Justice Nicol ruled on Monday that Mr Depp had breached an “unless order” requiring him to disclose documents from separate libel proceedings against Ms Heard in the US – which include the text messages.

However, in a further ruling on Thursday, the judge said he would grant Mr Depp’s application for “relief from sanctions”, meaning the trial will go ahead as planned.

The judge said his decision was conditional on Mr Depp giving an undertaking that he will not seek sanctions against Ms Heard for allegedly breaching a court order, made during separate libel proceedings in the US, by providing The Sun’s legal team with evidence.

The alleged incident in Australia is one of 14 separate allegations of domestic violence, between early 2013 and May 2016, that NGN relies on in its pleaded defence to Mr Depp’s claim.

A three-week trial at the Royal Courts of Justice in London – which was due to start in March, but was delayed because of the Covid-19 pandemic – is due to begin on Tuesday, with Mr Depp’s former partners Vanessa Paradis and Winona Ryder among the witnesses expected to give evidence.

The court has heard Mr Depp intends to travel from his home in France to London to give evidence, while Ms Heard is believed to have already travelled to the UK from California.

The libel claim against NGN and Mr Wootton arises out of publication of an article in The Sun in April 2018, under the headline: “Gone Potty – How can JK Rowling be ‘genuinely happy’ casting wife beater Johnny Depp in the new Fantastic Beasts film?”

Mr Depp has brought separate libel proceedings against Ms Heard in the US, which the court heard are set for trial next year.