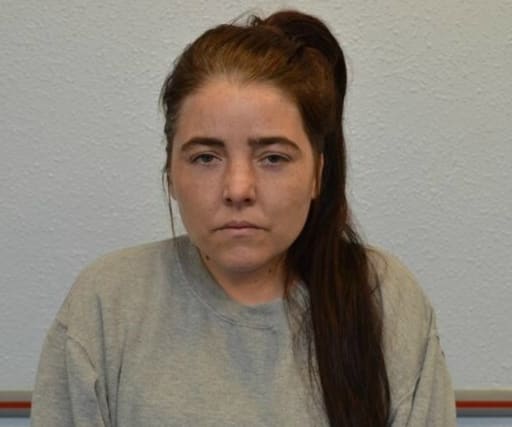 An extremist Muslim convert who plotted to blow herself up on a Tube train after bombing St Paul's Cathedral wanted innocent people to die even after she was dead, a senior police officer has said.

Commander Richard Smith, the head of the Metropolitan Police's Counter Terrorism Command, said Safiyya Shaikh had never expressed any regret or remorse for her actions, which she readily admitted in police interviews.

The 37-year-old's targets were St Paul's Cathedral, a nearby hotel and an Underground train, but her plans to destroy them with bags that were turned into bombs and a suicide vest were foiled as she unknowingly confided her bloody plot to undercover officers.

They showed that "not only was she creating and sharing horrific terrorist material but she was also planning an attack on UK soil", Mr Smith said.

Shaikh, of Hayes, west London, has been jailed at the Old Bailey for life with a minimum of 14 years after pleading guilty to creating a terrorist act and dissemination of a terrorist publication.

Mr Smith said: "She was planning to certainly leave (a device) at the hotel after she had stayed there before going to St Paul's.

"Her other intention was actually to use a bomb in a bag at St Paul's.

"Finally, she was considering the use of a suicide vest. She would leave the bag at St Paul's and then walk away to the Tube network and use a suicide vest on a Tube train."

Shaikh later admitted in police interview that her plan was to carry out a suicide bombing like the 2019 Easter Sunday terror attack in Sri Lanka, in the hope of gaining access to heaven.

In that attack, suicide bombers killed at least 253 people and injured some 500 others at churches and luxury hotels.

Shaikh had been flagged up by the Metropolitan Police and MI5 as a potentially dangerous terrorist, and an undercover operation was launched.

From August until her arrest in October 2019, Shaikh proved that "she was very much genuine in her intentions" in trying to launch a terror attack, Mr Smith said.

Shaikh made the historic cathedral her target and confided in an undercover officer – known only as H – that "I would love to destroy that place".

She said she was going kill and "to do a piece of history".

Shaikh believed her new friend would help her by converting a backpack into a bomb. She asked H to help her create a suicide vest and if he could get a gun.

Shaikh later met up with another undercover officer to be fitted for a suicide vest and to hand over a pink bag, which she dubbed her "girly backpack", and a rucksack, thinking they would be returned to her after being converted into bombs.

This never happened and she was instead arrested at her home on October 10.

During the undercover operation, Shaikh visited the cathedral, while carrying the two bags, and even sent H photographs she had taken inside the building.

Digital evidence that was later pulled from her laptops, phones and memory stick confirmed that she was "heavily involved in creating and spreading toxic terrorist propaganda", Mr Smith said.

She loved watching graphic videos of terrorist killings and her mission as the driving force behind a communication channel called Green Birds was to inspire others to fight, even after she hoped to have died in a suicide attack.

Mr Smith said: "She was so serious about her propaganda work, she wanted to ensure it would continue even after she had died.

"Shaikh was clearly dangerous. She was spreading vile directives for mass murder across the world and also planning her own horrific terrorist attack on UK soil."

She had drafted a pledge to the so-called Islamic State terror group and had looked into creating a video, but she did not get that far.

Shaikh, born in the UK as Michelle Ramsden, converted to Islam in 2007 after being impressed by the kindness of a neighbouring Muslim family.

For some unknown reason she later went online to find people with extremist Islamist views.

Shaikh told an undercover officer that she had sometimes posed as a man on the Telegram messaging service, so that people were more likely to engage with her.

She was referred to Prevent, the UK's voluntary anti-terrorism programme, three times but gave up after showing short bursts of interest in it.

Mr Smith warned that Britain continues to face murderous threats from lone actors such as Shaikh.

"One of the key points that comes out of this case is that currently there is a huge amount of public interest around Covid-19 for lots of understandable reasons, but these threats have not gone away," he said.

"These threats are real. They are continuing. They have changed over time and we are changing to keep pace with them."